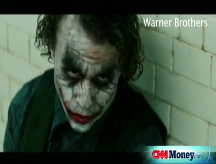 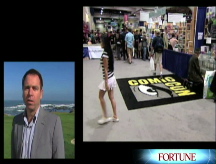 LOS ANGELES (Fortune) -- The Dark Knight and Iron Man are the two biggest movies at the American multiplex so far this year. It's become rote that super-heroes rule the box office, just as the conventional wisdom is that the old print comic book is a dying art form that has found a new lease on life in its onscreen iterations.

But here's a secret about comics that has been hiding in plain view amid all the cinematic hoopla: At Marvel Entertainment (MVL), the industry's largest player, revenues for its print wares have been growing in double digits for the past three years and profit margins have been running at close to 40%. Plenty of magazine, book or newspaper publishers would put on a mask, cape or even giant bunny ears if that's what it took to generate those kinds of numbers - especially right now.

There's a few interesting messages in this, not least of which is the reminder that new formats of media don't necessarily replace old, and that some habits don't change as quickly as people think. And it probably doesn't hurt to be in a corner of the media world that is effectively a duopoly. Indeed, the figures are all the more striking considering that, by most industry estimates, some 60% of comic book sales still take place via one of the most archaic distribution systems in existence: ye olde comic booke shoppe.

Last week, I interviewed David Maisel, the chairman of Marvel Studios, as part of a PricewaterhouseCoopers event in Los Angeles. Marvel has a growth story to tell right now amid all the gloom: Following its decision to become a studio in its own right, it just announced that it's building its own studio facility here in Manhattan Beach, and unveiled a distribution deal with Paramount (which released "Iron Man"). Marvel has had a star-crossed past - it filed for bankruptcy protection twice in the 1990s during a period in which a speculative bubble among comic book collectors burst, sales plummeted and lots of comics shops shuttered.

A few incarnations later, Marvel has been one of the few breakout Hollywood stories of the past couple of years: Its stock is up nearly 90% over the past five years, a period during which media giants like Viacom (VIA), News Corp (NWS, Fortune 500), Time Warner (TWX, Fortune 500) and Disney (DIS, Fortune 500) all declined between 30% and 50% (Dreamworks Animation (DWA), a company that is probably closest to Marvel in terms of its scale and ambitions, is down 35% during that period.)

Marvel offers the only real glimpse at the economics of big-time comics publishing, because it and its main rival DC Comics together roughly split close to 80% of the market in new comic book sales. However, DC is a division of Warner Brothers (which, like Fortune and CNN, is owned by Time Warner), and you can find little mention of its financial performance within the media giant's releases, although its brands are going strong thanks in part to films like "The Dark Knight" and its upcoming "Watchmen." (A quick primer: Marvel publishes Spider-Man, X-Men, Hulk and Iron Man, while DC is the home of Superman and Batman).

Maisel acknowledged that much of the buzz on his company has been on its emergence as a film studio and the growth of its largest business: licensing its characters for toys, video games and theme parks. But he himself marveled (pun intended) at the enduring health of the publishing business, given that the distribution of comic books has been "artificially constrained" by the need for fans to largely find their way to comics stores. The upside of that scarcity, he added, is that "it sort of created a cult around comics: People felt like they were a part of a social group. When I was a kid, being a geek was being a geek. Now being a geek is cool."

In the quarter ended June 30, publishing accounted for $32 million of Marvel's $157 million in revenues, and $11.7 million of its $85.2 million in operating profit. (The bulk of the rest came from licensing - which generates even higher margins of more than 80% - since the spoils from "Iron Man" won't show up until the next couple of quarterly results.) Although its publishing revenue and profits declined in the first half of the year, the company has given guidance that it expects revenue growth in publishing between 3% and 7% for the year, and margins between 37% and 40%.

Maisel declined to specify to what extent his hit movies drive comic book sales, but it seems a stretch to suggest that cinematic success alone can take the credit. Neither is there much of a digital play at this point. Still, like DC, Marvel has been talking up the digital potential of its characters -- particularly, in Marvel's case, as far as putting its catalog - 70 years of stories featuring some 5,000 characters - online for fans to read.

In print, both companies have been putting greater emphasis on graphic novels that can sell into book retailers and have proved to be a boon for them to generate value by repackaging their back catalog - something the comics bigs were late to do compared to other media businesses like film and music.

In recent years, they've also modernized advertising sales to emphasize big-ticket categories like video games, not just mail-order services hawking joy buzzers and sea monkeys. And, given the mood of the world right now, their wares may even find new relevance: After all, Superman was created amid the gloom of the depression.

Last year, one of Marvel's biggest sellers was a series about the death of Captain America, one of its signature heroes. And guess what? Reports of the Captains's death, like the demise of comics, turned out to be a wee bit premature.

First Published: October 13, 2008: 6:52 AM ET
The strange case of the superheroes, the geeks and the studios