Meet the No. 3 social networking site, growing by leaps and bounds thanks to its focus on Spanish-speaking countries. 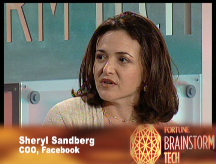 NEW YORK (Fortune) -- If you aren't a Spanish-speaking teenager, you probably haven't heard of the third-largest social networking site in the world: hi5.com. Founders Ramu Yalamanchi and Akash Garg don't much care. Because more than a year after Facebook and MySpace announced plans to dominate the international markets, the San Francisco-based site still has a lock on audiences in countries from Portugal to Mexico - and it's growing.

What's so special about Hi5? It has no special gimmicks. It doesn't sport record labels, nor does it boast a cult-of-Zuck atmosphere. Yalamanchi, 34, and Garg, 30, simply got into their markets early, built a lean business, and poured their energy into creating a Web site that users don't want to leave. Hi5's patrons visit 10-15 times a month, the founders say, and spend 17 minutes per session playing games, sharing pictures and looking at their friends' profiles. The site nearly doubled its users in the past year to 56 million in August from just 32 million a year earlier.

Much of hi5's success can be attributed to timing. Back in 2003 when social networks were just taking off in the U.S., Yalamanchi and Garg were already thinking about the rest of the globe. They first created a dating site for Southeast Asians, Sona.com. "Problem was, once users were successful they'd leave your site," said Yalamanchi. So they turned it into hi5, which they launched with a bit of funding from their fathers. They slapped up a few banner ads, hired three friends, and within a year they were turning a profit.

The site took off virally, but it has grown because the core of Hi5 is a team of thrifty engineers. Witness the stark downtown offices, where the lights aren't on above the foosball table and the Nintendo Wii. The motley crew of computer scientists is mostly glued to computers, building a site that crashes rarely, loads pages fast, supports application developers and has a very clean design. (Profiles are refreshingly uncluttered, but users can customize them, downloading games and photos and choosing what personal information to share.)

As Hi5 took off abroad, the cofounders tended their audience carefully. In July 2007, the founders took $20 million in financing from Mohr Davidow to improve and grow the site. They have translated it into 27 languages and dialects and plan to expand to 64 by year's end. They pay particular attention to their Spanish-speaking audiences, making sure to capture the differences between Argentinian slang, for example, and Mexican slang. Users appreciate the translation tools. Recently, Hi5 has also adopted translation tools for the outside developers who make applications for the site.

Developers dig Hi5. The site has worked closely with Google (GOOG, Fortune 500) to help launch OpenSocial, the set of common standards that let developers create their applications for all social networks. This is even more important for large application developers, since Facebook's recent redesign moves many of their applications away from the front page of user profiles. "It really did [cut down on] our activity," says RockYou cofounder Jia Shen. "So we've shuffled and now we're spending a lot of time on MySpace and Hi5."

The Hi5 guys are content to leave innovating advertising methods to social networking's power couple. They rely on partnerships in each country for advertising, mostly banner ads and an occasional campaign. This summer when Ford (F, Fortune 500) launched the Fiesta in Portugal, for example, the company worked with ad partner Sapo to launch an online reality TV show and create a profile for the show on Hi5. It was considered " a great success" according to Sapo spokesperson Bernardo Dias Pinheiro, gathering 5,400 friends, 16,700 comments and 850 photos in six weeks.

Advertising is only one part of Hi5's business. The company sees a bright future in virtual goods. Last June, they bought Pixverse, a four-person application company that makes virtual goods. By the end of the year, they will introduce a slew of icons to buy and sell on the site. And they're also betting big on mobile; hi5 already has a very clean interface for users on cell phones.

Of course, for companies like hi5, the erratic economy may have a serious impact. For the moment, Yalamanchi and Garg aren't worried. "Dollars will eventually go where people spend their time," says Yalamanchi bullishly. And with most basic financial structures somewhat uncertain, a later-stage social media startup may go from risky business to a comparably safe bet.