Investors worry about the Internet company's foundering comeback strategy as it plans another round of job cuts. 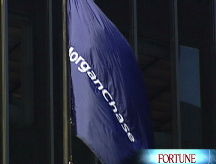 SAN FRANCISCO (Fortune) -- Yahoo chief executive Jerry Yang will have a lot of explaining to do when the company he founded reports earnings after the closing bell Tuesday. Yahoo will announce its long-expected plans for major layoffs, but Wall Street investors say cutting costs is hardly enough to fix Yahoo's mountain of problems.

This will be Yahoo's second significant round of layoffs in nine months. The battered Internet portal fired 1,000 workers in late January, but the cutbacks have done little to boost investor confidence. Analysts hope Yang will address a new strategy to boost Yahoo's share price in a severe economic downturn.

A source familiar with Yahoo's thinking confirmed that layoffs would be included in the company's earnings announcement.

"Layoffs are not going to be the panacea for Yahoo, and people know that," says Scott Kessler, Standard & Poor's senior director for tech research. "Shareholders see the stock drifting lower and lower. They want some guidance and leadership from Yahoo. There's a fair amount of people at their wit's end when it comes to this company."

Investors are still waiting for Yahoo (YHOO, Fortune 500) to produce a comeback plan to justify turning down Microsoft's offer earlier this year. Yahoo's shares, which closed at $12.86 on Monday, have lost more than half their value since both parties walked away from the deal in mid-June. Since then, Yahoo brought in Bain & Co. to find ways to cut costs.

The company is also looking into partnerships. Yahoo wants to outsource some search advertising to Google (GOOG, Fortune 500), but the Justice Department is investigating the antitrust ramifications of such a deal. Yahoo is also in reported talks with Time Warner's AOL (TWX, Fortune 500) division to form a display advertising powerhouse. However, industry analysts predict that worsening economic conditions will slow down spending for online display advertising in 2009. (Time Warner is Fortune's parent company.)

The Street has been frustrated by Yahoo's inability to turnaround the company after three new board members, including billionaire investor activist Carl Icahn, joined in August.

"It's been three months and the company has said nothing," Kessler says. "Their silence rings more loudly than any articles or blog postings on the difficulties of the company. That, to me, is worrisome."

Some have suggested that Yahoo's management should announce a major buyback the way Microsoft (MSFT, Fortune 500) and Hewlett-Packard did recently. Argues Canaccord Adams equity analyst Colin Gillis, "If Yahoo [executives] really thought the stock was worth $40, then send a signal of confidence and show us that you mean it."

The Street has set the bar low for Yahoo. The company is expected to report $1.37 billion in net revenue, a 7% growth, and make nine cents per share, according to analysts polled by Thomson Financial.

Yang and other Yahoo executives will likely focus on new products like its display ad platform APT on its earnings call. But analysts are skeptical that will be enough to quell investor frustration.