The federal program aims to capitalize strong banks and push weaker ones to merge - but how those diagnoses get made is hard to say. 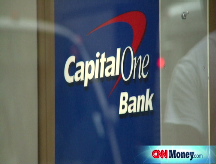 NEW YORK (Fortune) -- It's no surprise that even a $700 billion TARP can't cover everyone.

What remains mysterious, though, is how the government is deciding which banks get to participate in its TARP Capital Purchase Program, and which don't.

And until officials explain why similar-looking institutions are being treated differently, the rescue plan will fall far short of Treasury Secretary Henry Paulson's goal of bringing private capital back and restoring full functioning to financial markets.

After all, if it's unclear whether the feds think a bank is healthy enough to benefit from capital boost, or is so sick that it's better sold off on the cheap to a stronger player, then putting a value on a bank's shares becomes a game of chance.

The government has chosen nine national institutions representing half the nation's deposit base for a $125 billion injection. So far, it also has singled out around 20 regional banks for smaller injections, in hopes of shoring up the banks and thawing the frozen credit markets. Treasury officials have acknowledged that they hope weaker banks that don't get government capital will be bought out.

But the first institution to lose out in the TARP sweepstakes, Cleveland-based National City (NCC, Fortune 500), hardly seemed headed for intensive care. The bank's $5.2 billion sale to PNC (PNC, Fortune 500) was announced Friday. CEO Peter Raskind had been looking for a buyer, but closing a deal-even at what is a below-market price- became imperative when regulators said government funding might not be available.

"We did become aware that our access to that Treasury Department capital was questionable," Raskind told the Cleveland Plain-Dealer. "We were quite concerned that if we found ourselves in the situation where other banks were receiving capital and we were not, for whatever reason, that our absence could be interpreted in a way that could be negative for the institution."

The sale comes after Raskind, a longtime exec at U.S. Bancorp who joined National City only last year, spent six hectic months trying to save the bank from mistakes largely made on the watch of his predecessor David Daberko. Among other things, Daberko steered National City - which already depended on the mortgage business for as much as half of its annual profit earlier in this decade - into the Florida housing market just before prices there went into free fall.

Facing a stiff tab on souring mortgages and home equity loans, and a deepening recession in the bank's home base in northeast Ohio, Raskind moved in April to raise $7 billion in new capital by selling a big stake in National City to investors led by New York's Corsair Capital. The sale punished existing shareholders, handing over two-thirds of the bank at just a fraction of the price the stock had fetched a year earlier.

But it also gave Raskind "flexibility" to weather the storm, he said, and made National City the best-capitalized large bank in the nation. National City's tier one capital ratio, a measure of the size of its cushion against future losses, was 11% in the second and third quarters. At the end of the third quarter, National City said its capital was $6.6 billion above the regulatory "well-capitalized" minimum.

Thus, even as the economy in the Midwest and the rest of the nation deteriorated throughout 2008, analysts were predicting that National City would survive and reward investors when growth prospects look better. They were in for a shock.

"We were surprised by the deal, given NCC had raised significant and excess capital to deal with its problem loans," writes Fox-Pitt Kelton analyst Andrew Marquardt, who removed his rating on the stock this week after upgrading it to outperform last month.

Raskind told the Plain-Dealer that a sale became inevitable after the bank learned from the Office of the Comptroller of the Currency that National City wouldn't necessarily get access to government rescue funding. According to his account, Raskind wasn't told why not. Spokespersons for National City and the Treasury Department didn't immediately return calls seeking comment.

This one, not that one

Arguably, the decision to leave National City out of the government rescue scheme makes sense given the bank's heavy exposure to bad home loans. But what then is the rationale for extending the TARP to other troubled regional banks that, going by the numbers, appear similar to National City?

Take Marshall & Ilsley (MI, Fortune 500), a Milwaukee-based bank with $63.5 billion in assets. M&I said Tuesday it expects to get $1.7 billion from the Treasury by selling preferred shares and warrants. "Being chosen by the Treasury Department underscores M&I's strength as a financial institution," said CEO Mark Furlong.

Nonetheless, the announcement comes just two weeks after the bank posted a 50% drop in third-quarter earnings, as its provision for loan and lease losses nearly tripled from a year ago to $155 million. Marquardt, who rates Marshall & Ilsley hold, points to the bank as among those that "still have significant problem assets to work through," regardless of any Treasury funding.

He wrote in a recent report that the bank faces as much as $644 million in losses on home equity loans, of which just $118 million have been realized so far. What's more, by some measures of capital strength M&I seems to have been less robust at the end of the latest reporting period than National City.

Similarly, Dallas-based Comerica (CMA), which said Monday it was in line to get $2.2 billion from Treasury, said its capital infusion will push its tier one capital ratio up to 10.3%, which is below National City's recent reported level.

One result is that even as the government pours billions of dollars of taxpayer funds into a banking system facing huge mortgage-related losses, investors who might otherwise be inclined to dip a toe in the water remain paralyzed by the possibility that they will end up backing a bank that - for whatever reason - could later be designated a loser by the government.

Bear with us, Treasury says.

"A program this large and complex would normally take months or years to establish," acting Treasury under secretary for domestic finance Anthony Ryan said in a speech Tuesday. "We don't have months or years and so we are moving quickly, and methodically, to facilitate the necessary results. We are also moving with great transparency, communicating with Congress and the oversight authorities at every step."