Among other missteps, the big fund manager tried, and failed, to call a bottom in the market for real-estate securities. 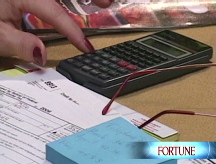 NEW YORK (Fortune) -- Private-equity and hedge-fund manager Fortress Investment Group made a highly-publicized bet several months ago that it could call the bottom on the battered mortgage-backed securities market.

What the firm's managers and investors have since "won" is an object lesson on the value of staying on the sidelines during a market rout.

Their plan was simple: Raise capital from investors and deploy it in stages to profit from the pain and panic caused by the collapse of numerous hedge funds and investment bank Bear Stearns.

With an appreciation - to paraphrase Warren Buffett - for being greedy when others are afraid (Edens and Novogratz had made millions at Black Rock and at Goldman Sachs (GS, Fortune 500) being contrarians during market collapses), Fortress (FIG) raised at least $2 billion to put to work over time. All told, Fortress manages about $35 billion in assets, $18 billion of which is in its hedge fund unit.

But in a market without precedent, Edens and Novogratz can be forgiven if they feel like they've jumped into a pool that has no bottom.

The Fortress Mortgage Opportunities fund has been walloped as the asset- and mortgage-backed securities markets continue their epoch slides. The fund, with assets of $940 million, is down 47% in one portfolio, 42% in another and 5% in a third, recently launched portfolio, as of the end of September.

In addition to betting on a variety of mortgage bonds, Fortress has also made private-equity type investments directly in companies and investment managers that have mortgage exposure.

A spokeswoman for the fund declined comment. This account is based on discussions with a fund investor and people familiar with Fortress who declined to be identified.

Fortress appears to be sticking to its guns. In June, when the Wall Street Journal reported the Opportunities fund was down 30%, it had just $560 million in assets, meaning Fortress has been committing more money to the fund even as markets continue to sour.

According to people familiar with Fortress, its managers are convinced that these markets will eventually rally. And because Fortress requires investors to commit to three-year lockups, unlike many competitors Fortress won't need to rapidly sell assets to meet redemption requests.

Tough times all over

The Mortgage Opportunities fund's blues track the problems that Fortress Investments has had since its much ballyhooed February 2007 initial public offering, the first for a U.S.-based hedge- and private-equity fund manager.

Priced at $18.50, shares closed at $31 on the first day of trading. That put Edens' stake at $2.3 billion. His co-founders Novogratz and co-president Peter Briger had stock valued at $2.1 billion. All told, five partners at Fortress managed to make an appearance on the Forbes list of American billionaires last year.

Life has changed remarkably for them and their company since then.

As the economy has gone south, and the credit crunch has hurt its performance and its ability to do new deals, Fortress has scrapped its dividend to conserve cash. The company booked a $55 million loss in the second quarter.

A chart of Fortress' stock price is an alarming thing to behold. Shares closed at a low of $2.78 earlier this week and sat near $3.50 in early Friday trading.

Two days ago, in a speech to his shareholders at a New York hotel, Edens joked that if the stock price hit $1, he would launch a hostile takeover of his own company. On a more somber note, according to the Journal, he said he would "make a different decision about going public" given the volatility of today's markets.

Japan's Nomura Securities is less public about expressing regrets over Fortress' decision to go public, despite having purchased 15% of Fortress in the weeks prior to the IPO for $888 million. The broker notified its shareholders two days ago that it will further write down the value of its investment when it next reports results.