Romney: Obama must be 'educator-in-chief' 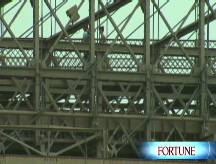 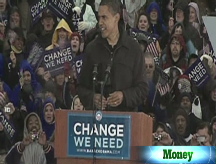 Obama's business brain trust
On the long road to the White House, Barack Obama reached out to a diverse collection of economic thinkers.
View photos

Any management advice for the next president? How does he rally a depressed nation to meet the challenges we face?

He should forget entirely about reelection and focus solely on helping the nation at a critical time. He should dismiss the people who helped him win the election and bring in people who are above politics and above party. He should surround himself with statesmen and economists, businesspeople and leaders. In some ways it would be beneficial if our presidency consisted of only one term. That way the President would think about his legacy and the future of the country rather than reelection and partisanship.

How likely do you think that's going to happen?

In his second term, President Clinton made an effort to govern more from the center than from the extreme wing of his party, and by doing so, found greater support and greater political success. Perhaps it's a paradox, the less political the agenda, the more political success one enjoys. But now is not the time for partisanship opportunism.

The unions have helped Barack Obama. They will hope to be paid back. I'm particularly concerned that organized labor would call on Barack Obama to pass the card check program. This removes from American workers the right to the secret ballot in deciding whether or not to accept a union. This legislation would do more to harm America's long-term competitiveness than almost anything I can imagine. It would be a partisan payback for organized labor but it would come with devastating consequences for the nation.

Do you have any concerns that the massive government intervention on Wall Street will have unintended consequences?

"The bailout of Wall Street" was a terrible choice of words. No one wants to bail out anything, especially Wall Street. The objective of the legislation, however, had a much broader purpose: to stabilize our financial system, to keep it from complete collapse. Sometimes that broad purpose may require saving individual companies, as with AIG (AIG, Fortune 500). But we just can't have government running around the nation looking to bail out companies in trouble.

Given your Michigan roots and what your father accomplished turning around the American Motors Corporation in the 1950s, what do you think is the future of the auto industry?

Right now, the auto industry is on life support, and its prospects look extremely dim. But they don't need to be. The industry could be turned around. There is no inherent reason why America can't build and sell cars to Americans at least as well as the transplants are doing. Any effort to help the auto industry has to be made as part of a comprehensive strategy. Before the government issues loans to the auto industry, as has been authorized by Congress, it should insist on seeing credible and independent strategies that will return the companies to long-term sustainability. Government should not finance ongoing losses and declining market shares.

What concerns you the most about the economy right now? Any dangers lurking in the global economy that we didn't hear much about during the campaigns?

Far too little attention was paid to America's long-term competitive position during the campaign. I see four major economic strategies at play in the world today: the first is ours. It combines freedom and free enterprise.

The second is China's. It combines free enterprise with authoritarianism.

The third is Russia's. No longer is Russia's plan for dominance based upon industrial capacity but rather upon controlling energy throughout the world. Hence Russia's cozy relationship with Iran and Venezuela as well as its belligerent entry into Georgia. Russia's strategy is based on energy and authoritarianism.

The fourth strategy is represented by radical violent jihad. The intent of the jihadists is to cause the collapse of the other three, such that the "hidden Imam" or the Caliphate remains the last man standing.

The real challenge for America is how to strengthen our competitive position so that our economy outperforms those of the other three. If we're successful, freedom will be preserved for the world. If we're unsuccessful, the results are unthinkable.

When you talk about making America more competitive, what do you have in mind?

First, America must substantially improve our education system. We've fallen behind, particularly in areas of math and science.

Second, we're going to have to remedy our disproportionate health care cost disadvantage. America spends far more than any other nation as a percent of GDP on health care. This effectively is an enormous tax on the economy and on our businesses.

Third, our national debt is excessive and our entitlement obligations pass a massive burden onto the next generation.

Fourth, tax and regulatory policies weigh down our ability to compete. Specifically, our products carry an embedded tax which makes American goods less competitive abroad and at home.

Fifth, America's apparent retrenchment from the concept of open, free and fair trade could put us further behind other nations that are aggressively seeking trade relations around the world.

Sixth, our lack of an effective energy policy drains our economy by approximately half a trillion dollars a year.

And, finally, the blow that Wall Street has taken may make us less competitive in financing entrepreneurship.

There's strong populist sentiment against free trade deals. Given that, how does an American president move forward on this?

I can only hope the President abandons the populist current, which seems to be growing in our country. An effort to block foreign trade will only hurt America. Ultimately products in this country would become uncompetitive. Look what happened to the Soviet Union. Its cars, its watches, its goods became a joke.

The only way to remain the leading economy in the world is to be successful on a level playing field around the world. Some individuals, at the behest of special interests, seek to prevent trade with other nations by imposing America's labor requirements and other peculiarities. That is a disguised form of protectionism.

Do Americans need to save more and adjust to a lower standard of living? In other words, should be buying houses we can actually afford?

I think a President has to be an educator- in-chief as well as a commander-in-chief. The American people need to understand the challenges we face. And the American people need to understand that they, like the nation, need to live within their means. Both have been spending more than they have been taking in. It puts the nation at risk. And it puts families at risk.

There's a period of adjustment that's occurring right now as American families deleverage and employers deleverage. It's time for the government to finally address our severe debt burden, before it leads to even more severe consequences. I'm referring not only to our annual deficit and national debt but also to our obligations under entitlement programs like Social Security.

Married by America: Wall Street and the White House