Last week's terror attacks in Mumbai sent chills down the spines of globe-trotting businesspeople, and for good reason. Here's how to minimize your risk when traveling abroad. 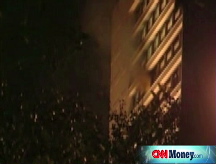 (Fortune) -- If you do much business travel overseas, last week's three days of terror attacks in Mumbai, India's financial capital, had to give you pause -- especially since the deadly attacks struck two luxury hotels popular with foreigners, and a restaurant, the Leopold Cafe, that was a gathering place for visitors from abroad.

Such targets are becoming more common. "Ten years ago or more, terrorist targets were usually military or governmental facilities, like embassies," says Dick Hildreth, a 29-year FBI veteran who is now senior vice president of consultants Corporate Risk International (www.corprisk.com). "Since then, we've seen a steady shift toward attacks on places where people do business -- like the World Trade Center -- or places where Western businesspeople gather, like 4-star hotels."

Frightening stuff. Of course, "as a practical matter, it's highly unlikely that you'll ever have the experience" of facing a terrorist attack, notes Richard Jacobson, an attorney at Fowler White Boggs (www.fowlerwhite.com) in Tampa who specializes in advising expatriate executives. This may not be that comforting, but other risks to your safety, like garden-variety street crime and kidnappings, are far more common.

No one can say with any certainty where or how trouble may strike, but a few basic precautions can take much of the risk out of your trip -- no matter where your employer sends you next. The single most important step in protecting yourself: Plan ahead. So says Hildreth of Corporate Risk, a Reston, Va.-based firm that advises global companies on keeping employees safe around the world. A few tips on how to do that:

Ask your employer about possible risks before getting on a plane. India has been earmarked as a "high-threat" country for some years now because of escalating tensions with Pakistan, Hildreth says. Other places where extra caution is advisable: Russia, Mexico, Brazil, some parts of the Middle East, and most of Africa. The U.S. State Department issues travel advisories from time to time, but those available from private security firms are usually more thorough and up-to-date. If you work for a company with extensive operations abroad, your employer probably subscribes to at least one such service. Before you go, look into it.

Abide by your company's policy. In cities like Sao Paulo or Rio de Janeiro, standard practice may be to have a secure car and driver pick you up at the airport and take you to and from your hotel and any meetings you have scheduled elsewhere in town. If that's the case, resist the temptation to go off on your own. The rules may keep you from exploring the local culture, but they exist for a reason. Save the sightseeing for your vacation. Richard Jacobson notes that employers have a legal obligation to take "reasonable" precautions against your being, for example, kidnapped for ransom - but that obligation only holds if you do your part to stay out of harm's way.

Register with the security office at the U.S. embassy. "In any high-risk area, there is always a possibility that the U.S. embassy may want to contact Americans or, in the event of an impending problem like an earthquake or a civil war, to evacuate U.S. citizens," notes Hildreth. "But they can't help you if they don't know you're there." Makes sense.

Stash the flash. "Dress conservatively and leave your Rolex at home. Don't ride around in a limo," Hildreth says. "And limit your nighttime outings to certain neighborhoods." Travel advisories often indicate which hotels have the best security and which parts of the city you're in are relatively safe so, again, check out that information before you go. Adds Jacobson: "Don't go out and about without a local person, perhaps a business contact whom you trust, whose antennae are naturally going to be far better than yours."

Keep in touch with the home office. Hildreth - who incidentally has conducted 465 hostage negotiations in his current job - spent this past weekend helping corporate clients try to locate executives who had gone to Mumbai and not checked in with anyone back home since the bombings. "Make regular contact with your employer," he says, "just so they know you're okay" - or so they have some clue as to where to start looking for you if you're not.

Be flexible. The information in those travel advisories your company gets won't help you if you don't use it. "For instance, if you check with your company's security people and learn that there's probably going to be a big student demonstration in Jakarta next week, don't go to Jakarta next week," says Hildreth. "Reschedule your appointments, or pick another city for your meeting." It may be a huge hassle to change your plans, but better safe than sorry.

Readers, what do you say? Ever found yourself in a risky situation on a business trip, in the U.S. or abroad? How did you handle it? Got any specific advice for foreign travelers? Do you enjoy or dread traveling for work? Post your thoughts on the Ask Annie blog.

Bodyguard to the stars