Where will investment bankers go?

The industry is being hit hard by layoffs. To survive the restructuring, bankers will need to be highly flexible. 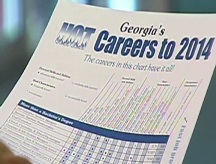 (Fortune) -- Investment banking, once among the most coveted and highest-paying fields on Wall Street, can't seem to catch a break these days. Not only have the last two major holdouts -- Goldman Sachs and Morgan Stanley -- given up their status as stand-alone investment banks to become bank holding companies, but they and rival banks are shedding investment bankers and related staff in droves.

Of course, the whole banking industry is contracting amid the global financial crisis, with entire institutions disappearing and jobs at remaining banks being cut as well. But the reductions in investment banking are not just a cost-cutting measure. They reflect a fundamental transformation of the investment-banking business. If you're a laid-off investment banker looking for a new job, or holding onto your current position, be prepared for a changing landscape.

"It's really an entire restructuring of the industry," said Marisa DiNatale, senior economist at Moody's Economy.com. "It's not going to look the same as it did a year ago."

Once the economy starts to improve, mergers and acquisitions and equity underwriting work should pick up again, said Richard Staite, a banking analyst for Atlantic Equities. Other segments, like fixed income, will take longer to return to normal, he said. Unfortunately for bankers who specialized in highly structured products like CDOs, which once accounted for big revenues, those instruments are likely now a "thing of the past," he said.

"There are areas that could take a very long time to recover or not at all," Staite said.

In the wake of this restructuring, investment bankers may need to look beyond big Wall Street firms for job opportunities, consider significant pay cuts, and even think about switching careers and leaving the banking field.

Even bankers who still have jobs are taking precautions. In the last three months alone, more than 5,000 employees in the industry have talked to recruiters at WhiteRock Group to test the waters just in case, says the company's president, Gustavo Dolfino. Mid-level bankers will likely to be hardest hit by layoffs, as they are relatively expensive and not the real rainmakers, Dolfino said.

To find investment banking work, job hunters might have to be open to relocating to areas where the industry is still hot, like Hong Kong, Shanghai, Dubai, or Mumbai, he said.

Another option is boutique firms, which are starting to take advantage of the talent on the market by staffing up, said Atlantic Equities' Staite. These small specialized firms have traditionally had trouble attracting investment banking's heavy hitters, who tended to prefer the brand names and hefty bonuses offered by big Wall Street firms. But the boutiques have become more appealing to bankers as jobs and bonuses are slashed on Wall Street.

Meanwhile, private equity and hedge funds are picking up some work once done by investment banks, DiNatale said. So some opportunities may open up there.

Dolfino's advice for surviving the industry's rapid changes: Be more nimble and prepared to reinvent yourself.

DiNatale agrees. "What the future of the industry is going to look like," she said, "no one knows."

Laid-off banker? Where to job hunt