As YouTube and Hulu struggle to make money, a few niche video players think they know how to strike it rich. 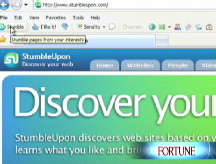 NEW YORK (Fortune) -- Amy Poehler is one of the hottest properties in comedy today, a close second to former "Saturday Night Live" co-star Tina Fey. Anyone who caught Poehler impersonating Hillary Clinton or rapping about Sarah Palin knows how good she is.

On Saturday she took her final bow as part of the "SNL" cast, but she's got a few other projects in the works, including an original online show for tween girls, "Smart Girls at the Party," produced by Web video newcomer ON Networks.

ON, whose backers include AT&T (T, Fortune 500) and Accel, is also producing an upcoming series with David Lynch, the creative mind behind TV cult hit "Twin Peaks."

But for all its high wattage, it's just the latest entry in a crowded field that includes Google (GOOG, Fortune 500)'s YouTube, Hulu, the joint venture from NBC (GE, Fortune 500) and Fox (NWS, Fortune 500), and a passel of upstarts such as Next New Networks (best known for its infectious Obama Girl video) and Revision3, whose team includes Digg founders Kevin Rose and Jay Adelson.

It's a given that viewers today watch what they want, when and where they want. But what's good for the consumer isn't always great for business, and revenue models across all traditional media are facing challenges as content migrates to the Web. The ubiquity of information on the Web is imperiling newspapers, while television is plagued by digital video recorders.

The nascent world of Web video has its own obstacles. YouTube still benefits from being first-to-market, with more than 82 million unique users in October compared to 9 million for runner-up Hulu, according the Nielsen Online. But neither of these players have figured out how to lure advertisers away from television shows and other traditional media as a place to build brands.

Niche players such as ON Networks think they may have cracked the code. Its model: Unlike Hulu and YouTube, ON Networks develops its own shows, working with professional talent and video producers to develop scripts with exclusive advertisers in mind. While ON posts its shows on its own Web site, the key to its strategy is broadly distributing them to other sites.

ON's shows fall into advertiser-friendly categories such as family, travel and food. The idea is to line up a single sponsor for a show - much like Procter & Gamble (PG, Fortune 500) once sponsored soap operas or Mutual of Omaha was the sole backer of the television show "Animal Kingdom."

ON won't disclose audience sizes for its shows, and the numbers so far are too small for tracking by Nielsen Online. To lure advertisers, ON emphasizes the quality of its network of partner sites, which includes the mobile platform Buzzwire and Apple iTunes. In most cases, no money exchanges hands between ON and the sites that carry its shows.

According to ON chief content officer Jen Grogono, broad distribution of its shows was part of the plan from the beginning. Web video players that bet solely on downloadable video players or portals, where users have direct access to a menu of shows, are only now racing to make their content available on multiple sites.

Distribution is a key piece of the revenue puzzle, but as YouTube has shown, it's not enough to just attract eyeballs. Advertisers want to sponsor videos that complement their message and draw viewers they want to attract as customers. This is where original, scripted content has an advantage.

In the case of "Smart Girls," Poehler approached ON about creating a show and ON sought a sponsor in Mattel's Barbie. Mattel (MAT, Fortune 500) not only gets a high-quality audience, with ON distributing the show to targeted partners like Imbee.com and Blinkx.com, it also gets an affiliation with Poehler and the show's uplifting message.

Barbie is never mentioned during the show, but viewers are hit with plenty of Barbie references anyway. These include polls, quizzes and Barbie-related ads that appear within the video player.

ON then provides Mattel with a number of useful analytics, including whether a viewer saw the show on a computer or a mobile phone, how many episodes were watched, and what the click-through rates were on the accompanying ads.

"Brand advertisers are thinking more like direct marketers," said ON's Grogono. "We need to break out a set of services that wrap around our shows."

Gartner Group media analyst Allen Weiner says On Networks has "got a great model, they're definitely among the elite in this space."

Signs of a slowdown

But trolling the site reveals a large number of its shows lack sponsors. The perception of the industry as experimental makes it a tough sell during uncertain economic times. But most point to the fact that the audiences are still too small to merit the effort for many advertisers.

"The model is working - it's profitable," said Grogono, who declined to be more specific. But she also acknowledges that, as Weiner put it, "things are going to happen, but not as fast as anyone has hoped."

Indeed, earlier this month eMarketer scaled back its 2009 growth forecast for online video-ad spending to $850 million, a 45% increase over this year. The research firm had been predicting 49% growth.

Even so, Web video is expected to grow faster over the next five years than any other online ad format, according to eMarketer. Come 2013 Internet video could generate $4.6 billion, or 11%, of the total $42 billion in online ad spending.

Despite the numbers and the concern that advertisers are slow to buy in to the promise of a highly-targeted, engaged audience, Poehler's embrace of the medium may be prescient. When the industry finally comes into its own, maybe we'll look back and note how smart she was to lead the way.