Constellation loss a win for Buffett

Even though the energy firm has spurned Berkshire Hathaway's offer, sweet termination terms could give Buffett and other shareholders $1.3 billion in solace. 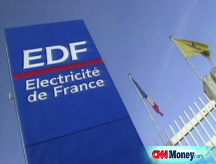 NEW YORK (Fortune) -- Even when Warren Buffett loses, he wins.

But because Berkshire's MidAmerican Energy unit was able to extract such favorable terms from Constellation when the two sides agreed in September to merge, Berkshire shareholders still stand to come out ahead.

With the note due to pay $140 million in interest between now and its Dec. 31, 2009, maturity, and Constellation shares fetching around $28 each, Berkshire stands to make a profit of around $1.3 billion over the coming year on a $1 billion initial investment in Constellation.

It's understandable, then, why MidAmerican said in a press release there are no hard feelings.

"We appreciate the relationships we have built with the Constellation Energy team and wish them success as they pursue an alternative transaction," CEO Greg Abel said.

Constellation CEO Mayo Shattuck, a former investment banker at Alex. Brown & Sons whose wife was until recently a cheerleader for the NFL's Baltimore Ravens, had been forced to pursue a cut-rate deal with Berkshire after his firm ran into a cash crunch caused by its energy-trading business. But he said Wednesday that the EDF deal now appeared superior.

"Based on a careful process to examine all alternatives available to our shareholders and other stakeholders," he said, "we believe that termination of the merger agreement is in the best interest of all parties."

Some of his shareholders disagree. Constellation's stock fell nearly 20% Wednesday.

While Berkshire would surely prefer to have completed the Constellation deal at the terms it negotiated in September -- Berkshire's $26.50-a-share purchase price was just a third of the level Constellation stock fetched in July, before its liquidity issues surfaced -- investors have to be happy the company won't suffer financially because of the shift.

This is a rare bit of good news for the Oracle of Omaha and his fans. Berkshire's stock has lost about a third of its value since September 19. The company's class A shares were down about 2% Wednesday.

Berkshire made the Constellation investment in the midst of September's market turmoil, just days after Lehman Brothers collapsed and a week before it made big investments in two better-known companies facing liquidity issues of their own: Goldman Sachs (GS, Fortune 500) and General Electric (GE, Fortune 500).

In both cases, Buffett got rich dividends -- 10% annually -- and warrants to buy common shares at what at the time looked like depressed prices.

But both stocks have continued to plummet since then, and the exercise price on Buffett's stock warrants are now substantially above the market prices of GE and Goldman.

What would Warren do?
Related Articles