Before investing in municipal bonds, remember why they're cheap in the first place.

Getting picky with funds 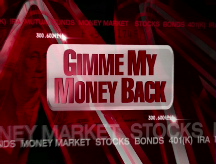 NEW YORK (Fortune) -- After months of declines, municipal bonds look too cheap to pass up, and signs suggest the market may be ready to rebound.

Ten-year yields on AAA-rated, general obligation munis are still about 1.5 percentage points higher than those of Treasurys - a sizeable spread for the historically low-risk bonds - but they've dropped by 0.4 percentage points in the last month.

But while munis are tempting, they aren't foolproof, says Joseph P. Darcy, municipal fund manager at BNY Mellon-owned Dreyfus. "When you're touting a commitment to an asset because it's 'cheap' - that's a shallow reasoning process," he says. "(Investors) need to understand why they're priced so low."

Here's why: The first blow to the municipal bond market came about a year ago. Monoline insurers such as Ambac and MBIA, which guarantee the return of principal for bonds, began to suffer credit downgrades due to their subprime mortgage-related losses.

The second blow came when leveraged investors left. As hedge funds began unfurling their assets in February and casting munis overboard, the bonds' yields rose, and their prices dropped to compensate for the outflows and attract new buyers. As a result, says Darcy, there's still a severe lack of liquidity in the market.

The switch would likely lift their ratings by one or two levels. Fitch and Moody's have delayed the change for now due to volatility in the credit markets (Standard & Poor's says its system is already uniform), but the agencies are likely to revisit the issue soon.

While improved valuation is intended to boost the appeal of municipals, Darcy says, investors are increasingly reluctant to rely solely on credit ratings in a post-Lehman world. He also predicts that rising deficits for issuers will keep yields high.

California faces a projected shortfall of $42 billion in the next 18 months; Minnesota projects a $5 billion hole over the next two years, and Ohio forecasts a two-year deficit of $7.3 billion. As with stocks, negative perceptions of issuers -in this case, cities and states rather than companies - could deter buyers.

"One day, you're reading about a migration to a rating scale that will raise California a couple of notches; in the same newspaper, you're reading that the state could run out of money," says Darcy. "The fiscal story surrounding muni issuers is going to play out aggressively in the headlines."

Experts are divided over whether the municipal default rate, which is historically just 0.1%, will rise in the near future. John Moorlach, the accountant (and now county supervisor) who correctly predicted in 1994 that Orange County would go bankrupt, foresees as many as ten municipal insolvencies next year, including four in California alone. Darcy thinks default rates won't increase by much, but he argues that the credit stress facing issuers is an overriding concern to investors.

In it for the long haul

With all that said, Darcy does believe that muni prices will gradually return to normal, but that claims of their "cheapness" don't necessarily translate into quick riches. "Munis are no longer a homogenous commodity that can be trusted on a general basis," he says. "It's case by case - stay with national issuers with strong disclosure practices and clearly defined sources of revenues."

Of the long national muni funds that aggregate different states, those with better returns this year than the industry average of -10% include T. Rowe Price's Tax-Free Income, Vanguard's Long-Term Tax-Exempt, and RS Tax-Exempt. Darcy's fund, Dreyfus Municipal Bond has also beaten the average, and a hefty chunk of its bonds are advanced refunded munis, which have the same credit quality as treasuries.

For the prepared, munis can pay off, but it may take a while. PIMCO's Bill Gross announced in February that he was planning on investing in munis because of their attractive prices. PIMCO's Municipal Bond Fund has dropped by 18% over the last year. Sometimes even the best bond investors can place their bets too early.

The case for bonds
Related Articles