No matter who builds the networks, if broadband is part of the economic stimulus package, big suppliers win. 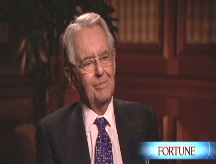 NEW YORK (Fortune) -- A few days ago we jokingly opined that arguing about the deployment of high-speed data networks was a bit like fighting about world peace: Who could ever quibble with it?

Turns out there's much to fight about, especially if the government decides to dole out money for building broadband networks as part of the president-elect's economic stimulus package. Should tax credits go to the big telecommunications companies and cable operators who already supply most residential customers with broadband connections? Or should the policy favor new entrants who will provide competition to the incumbent phone and cable guys?

Should a federal agency administer the policy and dole out the stimulus, or should those decisions rest with states and local communities? "The federal government can create uniform standards on quality of service," says business strategist Craig Settles, who thinks local communities should have a say in the kind of broadband technology they deploy, and who gets to build it. "A lot of cities and counties planned out how this technology could be put to work."

While the lobbyists, community groups, lawmakers and regulators work all this out, telecommunications equipment suppliers can sit back and wait for the orders to start pouring in. Because no matter who ends up building the broadband infrastructure - incumbents or competitors, cities or corporations - they'll need to buy some pretty heavy-duty equipment to make these networks work.

Many of the biggest equipment makers, who sometimes are referred to as the "arms dealers" of the telecom industry because they happily supply warring service providers, also have also have construction units that actually build networks, digging the trenches and laying the fiber needed for high-speed networks.

And these networks will call for more fiberoptic cable, even if some providers decide to use wireless systems or to upgrade existing coaxial cable or copper telephone lines. The data traveling to and from the so-called broadband "last mile" still needs to travel over robust fiber backbones to get to content that resides in servers all over the world. "You will definitely have to create a more fiber-rich environment," notes Jeff Campbell, director of technology and communications policy for Cisco (CSCO, Fortune 500).

That's good news for optical fiber maker Corning (GLW, Fortune 500). It is also good news for the companies that operate the fiber backbones. And while it is too soon to know if phone companies AT&T (T, Fortune 500), Verizon (V) and Qwest will qualify for tax credits for building broadband networks, those companies also happen to be operators of the nation's big Internet backbones. Even if they aren't direct recipients of any government relief, any policy that boosts the amount of data people use means they will benefit.

Ultimately, though, the biggest winners of widespread broadband deployment will be consumers, says Cisco's Campbell. "We're going to work toward giving people broadband who don't have it, and bring world-class speeds to this country, and make it universally available," he says. "I think the reason that this idea is getting so much traction is because it is good for the country and good for the public."