The new president strives to assure Americans that, yes, they can. But reviving America's economy will mean hard work and 'unpleasant decisions.' 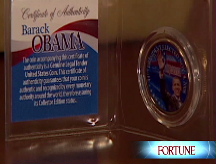 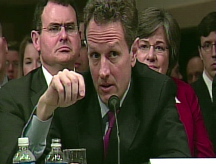 WASHINGTON (Fortune) -- Five paragraphs into his inaugural address, the newly sworn-in President of the United States put his finger on the most daunting economic challenge he faces: "A sapping of confidence across our land - a nagging fear that America's decline is inevitable, and that the next generation must lower its sights."

Barack Obama's political roots are liberal, but he has always resisted buying into the brand of liberalism that denigrates American greatness and potential. He zoomed into the political stratosphere, in part, because he was a relentless champion of the nation's unbounded future.

As he told Fortune this past summer: "Look, the U.S. economy remains the biggest, the most dynamic, the most entrepreneurial of the world's economies. And it's going to be that way for some time to come."

That's the message that a business community trapped in recession by uncertainty, excess caution, fear, and "a sapping of confidence" needs to hear. And as I sat with a frigid but electric crowd in front of his podium today, it became clear that this is something Obama viscerally understands.

"Our workers are no less productive than when this crisis began," he declared. "Our minds are no less inventive, our goods and services no less needed than they were last week or last month or last year. Our capacity remains undiminished. But our time of standing pat, of protecting narrow interests and putting off unpleasant decisions - that time has surely passed. Starting today, we must pick ourselves up, dust ourselves off, and begin again the work of remaking America."

At the same time, though, Obama is asking the American public for a tall order: Confidence in his administration to use the federal government to retool the economy, to put aside doubts that hundreds of billions in taxpayer dollars can be used efficiently and not wastefully, that Washington can drive rather than impede economic growth.

"Nor," he added, "is the question before us whether the market is a force for good or ill. Its power to generate wealth and expand freedom is unmatched, but this crisis has reminded us that without a watchful eye, the market can spin out of control - and that a nation cannot prosper long when it favors only the prosperous."

The president labeled as "cynics" opponents of this worldview - "cynics [who] fail to understand that the ground has shifted beneath them - that the stale political arguments that have consumed us for so long no longer apply."

President Obama might consider this, however: Most Americans, whatever their political persuasion, want to join in his call to "shape an uncertain destiny." There is enormous and widespread goodwill behind the presidency.

But the "cynics" to which he refers also have well-grounded anxiety - based on history - about a larded and newly muscular Washington that will be at the center of this brave new world. He'll hear from those skeptics. He's hearing from them already.

They're worth listening to. Especially now that Obama occupies the most powerful office in the world, a place where hubris can easily slip in past the security cordon.

At the end of his address, President Obama set forth a list of old-fashioned values "upon which our success depends": hard work and honesty, courage and fair play, tolerance and curiosity, loyalty and patriotism.

For Obama, turning stimulus off won't be easy