Obama and emissions: Right vs. smart

The President will control the future of the auto industry when he rules on emission and fuel economy standards. 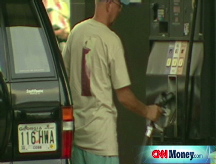 NEW YORK (Fortune) -- Government-guaranteed loans for General Motors and Chrysler are getting most of the attention in Washington right now, but President Obama has an opportunity to do something far more important for the future of the auto industry on Monday.

The question is whether he will do the right thing - or the smart thing?

The president directed government regulators Monday to move quickly on a request by California and 13 other states to set their own standards for automobile emissions and fuel efficiency.

California's proposed standards are far stricter than those that the federal government has set. The Environmental Protection Agency wants automaker fleets to average 35 miles per gallon by 2020. The California standards would effectively require them to provide cars that average 42 or 43 miles per gallon.

Obama's action would push the EPA to rule on whether California and the other states can set their own standards. When the Bush administration ruled on the same issue, it refused to grant them a waiver.

Naturally, the reflexive good government position on this issue is to allow California to go ahead. Force the auto companies to toe the mark and make more economical cars, the argument goes, and the country will be better off. Cars that use less gas and pollute less are good for everybody.

Unfortunately, that argument ignores some inconvenient truths. Meeting one strict fuel economy standard - the federal government's - is burdensome in its own right. It requires new smaller platforms, new high-technology engines, and, inevitably, higher prices for consumers. Forcing automakers to design a second fleet of cars for California could greatly inflate the cost.

Secondly, adjusting automaker fleets to meet stricter standards in all those states will force a whole new kind of higher mathematics. Want to buy a Toyota pickup truck in New York, one of the states that wants to follow California's emissions standards? Well, if Toyota already sells a lot of trucks in New York and is close to or over the mileage limit, it may not be willing to sell you another gas guzzler that would push it over the state requirement.

Automakers will essentially adjust the fleet of vehicles they sell on a state-by-state basis. You may want to drive across the state line to Connecticut or New Jersey to get your pickup. If residents of those states don't buy very many trucks, you'll be in luck.

Finally, while higher fuel economy standards may feel like an "eat your spinach" effort by government to force us to use less oil, they ignore a reality of the marketplace. Small cars may be good for us, but if nobody wants to buy them, they won't do anybody any good.

There is an idea afoot in the land that automakers are holding back on small cars because they would rather sell high-margin pickups and SUVs.

It isn't true. They hold back on small cars because nobody wants to buy them. And since they are hard to sell, automakers can't make any money on them. If there was steady, predictable demand, you would see waves of good, small cars.

The history of auto sales in 2008 provides a case in point. When gas prices spiked, sales of small and hybrid cars shot through the roof. After prices came back down, dealers couldn't give them away.

The smart thing for President Obama to do to encourage lower gas consumption is to make gasoline more expensive by hiking the federal tax. Applying a $2 gallon tax in gradual stages would move people out of big cars in a hurry, just as high gas prices did last spring. To keep the higher tax from being a burden, it could be rebated to wage earners in the form of a reduction in their payroll taxes.

What's smart often times doesn't look right, but that doesn't mean it should be ignored. President Obama has promised a new way of doing business. Denying the California waiver and imposing a higher gasoline tax would be a loud, clear message that he means it.

Are you optimistic? Are you secure in your job and finances, and looking at the current economic climate as an opportunity? E-mail your story to realstories@cnnmoney.com and explain why you are optimistic and how you are taking advantage of the situation. You could be included in an upcoming article.

Does the country need a big gas tax?