Is it overvalued or ready to come out on top when a rebound hits? Two analysts, a bull and a bear, give us their take. 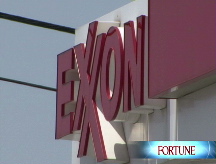 NEW YORK (Fortune) -- With big oil stocks like Chevron holding their value after last year's market meltdown and crude prices dropping more than $100 a barrel from the summer, both long-term investors and short sellers are sniffing out opportunity.

Bulls look at Chevron (CVX, Fortune 500) and see a strong 3.6% dividend and $11 billion in cash that the second-largest U.S. oil company can use for acquisitions while it waits for an economic recovery.

But bears say shares of the California producer are overvalued when you consider that a deep global recession will squeeze demand and crude prices into 2010.

To sort it out, we turned to veteran oil industry analysts Fadel Gheit, managing director for oil and gas research, Oppenheimer & Co.; and Mark Gilman, oil and gas analyst, The Benchmark Company. They are the top-ranked analysts covering Chevron based on equity returns (Gilman No. 1, Gheit No. 2) by Bloomberg data

"Improving industry fundamentals, higher oil prices, and higher gas prices are things that Chevron cannot control, but will benefit from.

"My bet is that we are going to see production cuts by OPEC and less capital spending (for exploration and production) by Chevron and others. As a result, there will be sharp drops in production outside OPEC, especially in the United States, Mexico, and Russia.

"A storm in the hurricane season later this year may exacerbate that. So by the time we get into the winter season, demand will increase, and if we have any hope that the economy will start to turn around, all of a sudden we're not going to be able to have enough supply. You'll have the run up in oil prices one more time and we'll be wondering how we got ourselves in this situation.

"If it's not fourth quarter of this year, it's going to be first quarter of 2010 that we'll be at the bottom of the economy - and oil prices usually move in anticipation of a recovery. That might lift up Chevron and big integrated oil company stocks.

"While you wait, the safest dividends are Chevron and Exxon. They have cash in hand that would pay the dividend for two years even if the company does not make any money."

"If things do not look like they are turning around, I would not rule out mergers and acquisitions, similar to what happened years ago in 1999 when Exxon (XOM, Fortune 500) acquired Mobil and, BP (BP) bought ARCO. In order for these companies to maintain high returns and profitability, they will have to bite the bullet and combine.

"Obviously oil companies are not holding cash to watch it. Chevron has $11 billion in cash. They have it to capitalize on buying opportunities. Mergers create value. There are a lot of things that you can realize from a merger that you can't from doing it alone. I think Chevron will participate, probably in the next six months or so.

"The safest dividends are Chevron and Exxon. They have cash in hand that would pay the dividend for two years even if the company does not make any money. They have enough cash to pay the rent for the next two."

"Given several of the issues facing Chevron - namely those related to upstream exploration and production execution, and whether an interesting portfolio of discoveries over the past several years will be successfully converted into economic development - I think its modest premium is hard to justify.

"Chevron shares have recently performed exceedingly well to their peers. That in part has to do with a very sizable gain in projected production volume for 2009. Probably on the order of magnitude of 10%, which reflects a confluence of development startups in Nigeria and Kazakhstan. Gains of that magnitude are not sustainable going forward.

"In addition, as a result largely of acquisitions, they have considerable exposure to high production decline rates in the U.S., U.K., Indonesia, and in parts of Angola. While management's estimates of 3% a year production growth might not sound like a lot, when you're battling with decline rates in those key producing areas for Chevron, it represents a forecast that's going to prove unattainable.

"Chevron's refinery reliability, particularly in the U.S., has not been good. Exactly why that is - whether assets management, maintenance practices - it's hard for an outsider to assess. But the downstream side of the business - even for Chevron, which is a more upstream oriented company than some of its peers - is still an important earnings contributor. We forecast it representing 15% of 2009 earnings.

"If I were going to assume higher commodity prices, the valuation on Chevron might be very different. Whatever valuation relationship you're looking at, it's very much influenced by the commodity price. Our $50 dollars a barrel is more conservative to say the least. It would be quite different if we were to assume $60 or $70 a barrel as being a normal level of pricing."