With the market bouncing around near its lows, we looked for stocks that will deliver regular payouts while you wait for a recovery. 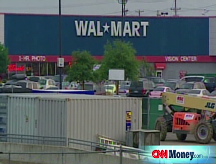 (Fortune Magazine) -- In boom times, slow-and-steady stocks that pay dividends will always pale next to high-octane growth shares. But when the market dives, getting paid something - anything - to wait out the downturn becomes an increasingly attractive proposition, especially since yields look more generous as share prices fall.

The trouble is, this bear market is taking a bite out of those returns too. More companies cut or suspended their dividends in the fourth quarter of 2008 than in any quarter since Standard & Poor's began tracking those actions in 1956.

Then January brought two devastating blows. First, Bank of America, weighed down by mounting losses, slashed its dividend by 97%. Ten days later Pfizer followed with an announcement that it was cutting its dividend in half. Financial companies now account for 16% of all S&P 500 payouts, down from 34% just three years ago, and even sticking with health care stocks is no longer a bulletproof bet.

"The fourth quarter was a sneak preview," says Howard Silverblatt, a senior index analyst with Standard & Poor's. "It's going to be a bad year. We're going to have a significant decline in dividends in both the S&P 500 and the general U.S. market - at least a 50-year record."

In other words, with a deepening recession that threatens earnings - and a vicious credit crunch that has left businesses scrambling for cash - it's more important than ever to make sure that the company paying investors today won't start bouncing checks tomorrow.

Both managers favor companies with a history of increasing their dividends, such as Johnson & Johnson (JNJ, Fortune 500). The pharmaceutical mainstay is the model of durability: a market leader in a sector that remains relatively insulated from economic woes. Priced at $57, the stock offers a 3.3% yield. Better yet: Johnson & Johnson boasts more than two decades of annual dividend raises.

For another defensive stock with a consistently climbing dividend, Vanderlee points to Kraft (KFT, Fortune 500), which is yielding 4% and boasts a five-year dividend growth rate of 11%. "They have a strong food franchise, they're generating free cash flow, and they'll stay profitable over this cycle," he says.

Vanderlee owns Kimberly-Clark (KMB, Fortune 500), maker of Kleenex tissues, for similar reasons. Like Kraft, the company has a strong stable of brands and a dividend that has grown at an 11% annualized rate over the past five years. At $52, Kimberly's stock is grazing its 52-week low and offering a 4.5% yield. "Here you have a high current yield and a good record of paying and raising dividends from a company that has terrific household products," says Vanderlee.

Along with Kimberly-Clark and Johnson & Johnson, Wal-Mart (WMT, Fortune 500) is among the 52 stocks on this year's S&P 500 Dividend Aristocrat list of companies that have raised their payout every year for at least 25 years. (Even the aristocracy falls on hard times, however: Pfizer and Bank of America are two recent examples.)

Wal-Mart's 2% yield is too low for Vanderlee's Equity Income Builder fund, but Huber is banking on the fact that the discounter's dividend has room to grow with earnings - and that the company is thriving in a brutal environment that has crushed other retailers. "Their stores are extremely well positioned in this type of economy as people trade down and look to save money," says Huber.

For technology exposure, both Huber and Vanderlee look to Microsoft (MSFT, Fortune 500), a slow-growing giant with tons of cash and a competitive 3% yield. Another encouraging indicator: The proportion of dividends to earnings, the so-called payout ratio, is still fairly low, so both managers see ample room for hikes. "There's good opportunity for the dividend to continue to grow over time, and you won't come across a better balance sheet," says Huber.

For immediate gratification, try another stock that is a top holding in both funds: AT&T (T, Fortune 500). At $27, AT&T shares currently offer an attractive 6.1% yield. Factor in a growing wireless business helped by the exclusive deal to power Apple's iPhone, and Ma Bell looks even better.