The current plan can't salvage the banking system without soaking the taxpayers. But there is another solution. 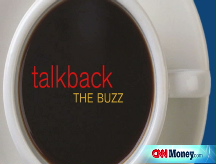 NEW YORK (Fortune) -- No matter how it operates, a government-run "bad bank" is bound to be disastrously bad. It would be hard to design a plan more certain to fail at achieving the three main goals in salvaging the nation's banking system: boosting banks' capital, protecting taxpayers, and avoiding nationalizations.

A "bad bank" that buys toxic assets from America's ailing lenders can't clinch goal number one without failing at goal number two: It can only revive lenders by forcing taxpayers to pay outrageously inflated prices for ragged loans and securities. How about goal number three? It's already too late to prevent the biggest, weakest banks from falling under government control.

Banks' big losses have destroyed much of their most important form of capital, Tangible Common Equity. That's the billions left over to shareholders if the institution sold all its assets and paid off all of its debts. TCE is the banks', and shareholders', cushion against the unexpected, and today, that cushion is wafer-thin, and that's why banks are so reluctant to lend. "The banks need to rebuild capital to grow lending in the future," says Stuart Plesser, an analyst with Standard & Poors.

An extremely healthy ratio of assets to TCE would be around 5%. That's what most banks tallied in 2007, before the credit crisis struck. Compare that to mid-January, when Wells Fargo (WFC, Fortune 500) stood at 2.7%, Bank of America (BAC, Fortune 500) at 2.6%, and Citigroup (C, Fortune 500) at 1.5%. The main goal of any rescue plan is to lift those TCE ratios so that banks overcome their excessive fear of risk.

Someone's going to get hurt

The "bad bank" solution just won't cut it. If the government pays too little for risky assets, that would be fine for taxpayers, but lousy for banks. And if banks don't feel they're getting enough money, most would probably refuse to participate.

In a recent report, analyst Meredith Whitney of Oppenheimer identified around $250 billion in risky assets at BofA and Citi combined. To raise the TCE at the two banks to 5%, the government would need to pay around $150 billion more for those toxic assets than their current book value, for a premium of about 40%. That's a great deal for the banks, but a calamity for taxpayers.

And it gets worse for the taxpayer. The "bad bank" would be on a deadline to sell the distressed assets, creating enormous pressure to dump them at fire-sale prices. So after vastly overpaying for the assets, taxpayers will be forced to unload them at a loss.

There's a far better solution. It comes in three parts.

Stick to what they do best

First, the banks should start slimming down by selling major parts of their franchises. Or as Whitney advises: "They should start selling their crown jewels."

Many of those businesses are worth a lot more to an outside buyer than the numbers currently on the banks' balance sheets. It's also clear that the big banks would be far more efficient if they focused on what they do best. Citi's recent sale of a majority position in brokerage Smith Barney to Morgan Stanley is promising. Now Citi should also sell its branch banking network, which is far too small to compete with the likes of BofA or JP Morgan (JPM, Fortune 500).

As for BofA, it's far more expert at serving customers at its 6,300 branches than at brokerage or investment banking. Selling Merrill Lynch could bring a trophy price and rescue BofA from the disastrous deal that swelled its assets while adding only a pinch of equity.

Second, the government needs to cancel the huge dividend payments that came with all that preferred stock it bought in the first bailout round. They're weighing heavily on the banks' earnings, and they aren't tax deductible, so at 8% - what BofA pays on its latest tranche they approach the cost of junk bonds.

This leads us to the third part of the solution: If necessary, the government should contribute additional equity to raise the TCE ratios to around 5%. In exchange for canceling the preferred dividends, the Treasury Department would inevitably demand a big equity stake, giving Uncle Sam most of the common stock in the weakest banks, including BofA and Citi.

Making the government a majority owner is almost inevitable. The banks' earnings are now too weak for them to rebuild capital on their own for the next year or two. For taxpayers, the bet is that the banks can eventually increase earnings enough to raise the price of their common stock from today's single-digit numbers at least modestly. That's a strong possibility.

In a normal credit environment, BofA, even without Merrill Lynch, could earn over $20 billion a year. The key is to provide enough common equity for the banks to get through the current storm without fear of wiping out their shareholder wealth. It's that fear that, in large part, is freezing the credit markets.

Under the "bad bank" plan, the government would unload assets onto a giant, centralized loading dock at frenzied speed. But if the banks follow our plan, they can sell their toxic loans and securities to the highest bidders on their own schedule.

They'll get far better prices, and the taxpayers who hold most of their shares will fare far better, than with the "bad bank" running amok. Sounds like a plan, doesn't it?

Meredith Whitney to banks: Deal with it