Staying productive after a layoff

Why layoffs need to stop 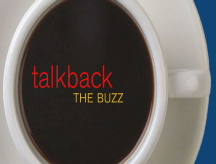 (Fortune) -- Dear Annie: My company has slashed several thousand jobs in two waves of layoffs, one in December and another about two weeks ago. I manage a department that used to have 41 people in it, and now numbers 28 (not counting me). Thank God I didn't personally have to let anyone go -- my employer's policy is to have HR handle the whole thing -- but we were a fairly tight-knit group, and now I see signs that my staff is demoralized and discouraged.

They're also overworked, but they've always been hard workers, so I don't think that's the main problem. It seems top management expects us all to be grateful that we still have jobs, and we are, but nobody seems to be bringing their "A" game lately. What can I do to get things back to (sort of) normal? -Running on Empty

Dear Running: The first thing you should know is that the low morale you're seeing is already (sort of) normal. About three-quarters (74%) of people who kept their jobs during a staff reduction say their own productivity has taken a nosedive, according to a recent poll of 4,172 layoff survivors by Washington, D.C., research and training firm Leadership IQ (www.leadershipiq.com). And 64% think their coworkers' productivity has dropped too, the poll found.

As a result, 77% see more mistakes being made at work, and 81% believe customer service has declined, according to the survey. Perhaps most alarming, since presumably companies will want to start recruiting talent again someday, 87% of layoff survivors say they're less likely than before to recommend their company as a good place to work.

Jonathan Segal, a partner at law firm WolfBlock (www.wolfblock.com) in Philadelphia, advises employers on how to minimize the damage layoffs can do, including how to reassure and motivate survivors.

"The more thoughtfully and compassionately layoffs are handled, the better survivors will respond," he says. Since you left the terminations to the HR department, you probably have only a hazy notion of how they were carried out -- who said what to whom, and so on. But you can be sure the people under you know every detail, having gotten a blow-by-blow from at least one former colleague (and probably several). Want to bet it wasn't pretty?

Unfortunately, you can't change that, nor can you probably do much to lighten your team's increased workload. What you can do, though -- and the sooner the better -- is start having some frank talks with the people under you. Jamie and Maren Showkeir are partners in consulting firm Henning Showkeir & Associates (www.henning-showkeir.com), based in Phoenix, and co-authors of a new book called Authentic Conversations (Berrett-Koehler, $18.95). Henning Showkeir specializes in helping clients like 3M (MMM, Fortune 500), Disney (DIS, Fortune 500), Coca-Cola (KO, Fortune 500), Hewlett Packard (HPQ, Fortune 500) and MetLife (MET, Fortune 500) boost productivity by encouraging candor among coworkers. The Showkeirs have 4 suggestions for you:

1. Don't tiptoe around the tough issues. "A typical reaction from managers in these circumstances is to tell people in effect, 'Don't worry, just keep your nose to the grindstone,' " notes Jamie Showkeir. "But employees are grownups who can handle the truth. So go ahead and acknowledge that fewer people and fewer resources are going to demand more from everyone, and solicit ideas on how to move forward." Adds Maren Showkeir: "Tough times can be a chance to rethink the business, make different choices, and try new ways of doing things. That can be re-energizing."

2. Explain in detail how the economy's stumbles affect your business. "Everybody reads the papers and watches the news. Your team already knows how bad things are 'out there,' " says Maren Showkeir. "So this is an opportunity to make sure everyone understands the impact on your business in particular." She adds: "The responsibility to be candid works both ways. Right now there is so much fear, employees tend to keep their heads down, do their jobs, and hope the company will take care of them." Not smart. If higher-ups at your company aren't sharing financial truths with you, say the Showkeirs, don't wait for the next grim quarterly earnings announcement. Ask now.

3. Acknowledge the fact that layoffs aren't "just business." Layoff survivors "are grieving, and grief is not a hot topic in the business world," observes Jamie. "Losing colleagues, who may also have been close friends, is a significant event for the people who remain. Ignore that, and it will just take longer for people to get back to normal." Often, "managers fear that letting people voice their feelings will distract people from their work," says Maren. "But survivors are distracted anyway. Letting them get that out in the open and discuss it is the first step toward getting past it."

4. Don't try to manage people's responses to the situation. Says Maren: "Most managers are used to being directive, so the temptation is to say, 'Come on, you're okay!' or 'Buck up and get back to work!' But the fact is, how people react is really their call, not yours." Adds Jamie: "You're not a therapist, nor should you be, but give people a chance to express themselves publicly, whether it's at special brown-bag lunches or by inviting questions at regular staff meetings." As much as possible, meet face to face -- no hiding behind e-mail.

One further word from attorney Jonathan Segal: Don't make promises you can't keep. "One common mistake I've seen managers make in meetings with survivors is to try and ease their anxiety by saying, 'Don't worry, we're finished with layoffs.' But things change, and you often don't know that for sure. If it's true that you know of no current plans for further cuts, then just say that."

The good news, according to the Leadership IQ poll mentioned above, is that you as the boss can turn things around by being available to talk with people and honest with them about what's going on. Employees in the survey who gave their immediate superiors high marks in visibility, approachability, and candor were 72% less likely to report a drop-off in productivity.