A deeply troubled sector resumes sinking amid uncertainty about how the government might intervene. 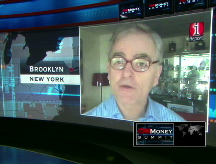 NEW YORK (Fortune) -- It looks like Tim Geithner's stress test for banks is only adding to the stress in the financial sector.

The Treasury Secretary sketched out the broad strokes of the government's latest plans to support the financial sector last week. Among the main components was a so-called comprehensive stress test that Geithner said would help separate healthy banks from those that need assistance.

He said all the agencies that oversee banks will be involved in creating a "more consistent, realistic, forward-looking assessment" about problems on bank balance sheets. Banks that need more capital will get funding through a new program that would serve as a bridge to investments from the private sector.

Testing big U.S. financial firms seems like a good idea. But bank stocks, which were already hit hard before Geithner revealed the plan last week, have only been under renewed pressure as investors have been taking bets on which banks might fail stress tests - and possibly be forced to sell more stock to the government, further diluting shareholders.

Shares of mammoth money centers Citigroup (C, Fortune 500) and Bank of America (BAC, Fortune 500) have lost at least a quarter of their value since the release of the Geithner plan. Even harder hit have been regional banks such as Atlanta's SunTrust (STI, Fortune 500) and Ohio's Fifth Third (FITB, Fortune 500) , down 40% and 50% respectively off their closing levels last Monday.

There are also questions about when the tests would start and how long they will take.

Experts wonder why regulators hadn't already been working more closely over the past 18 months as problems in the credit markets deepened. And they question whether the Treasury can apply a meaningful test to such large institutions - only banks with at least $100 billion in assets will be tested - in a brief period.

Geithner hasn't said when the stress testing would take place or how long it would take, but he has repeatedly stressed a need to act promptly.

"It's a crazy idea to think you can do something on this scale with any measure of precision," said Eric Falkenstein, a former capital-allocation executive at KeyCorp (KEY, Fortune 500) who is now a consultant to hedge funds. "You need lots of information, but you also need to know what to look for."

Falkenstein said the process of testing even a moderately large institution could take months even in the most favorable circumstances. That's because different business lines within a given bank are best monitored via different metrics, ranging from the characteristics of various borrowers and collateral to when some loans were made.

"It gets very complex, and you can end up with a lot of wrangling," said Falkenstein, who has no positions in bank stocks. "They really have their work cut out for them."

In the meantime, investors are left to question what form the test will take - and if only banks will have to take it or if other large financial firms such as insurers and asset managers will also be subject to it.

Michael Bopp, a partner at law firm Gibson Dunn & Crutcher in Washington, notes that if all financial institutions with $100 billion in assets are subject to the test, that could double the number of firms Treasury will need to test and also complicate the process.

"If they do apply it to the holding companies, it raises the question of what kind of a test Treasury is going to apply to the sorts of companies it doesn't usually regulate," said Bopp, who chairs the firm's Financial Services Crisis Team.

Even at companies that are clearly going to be subjected to the stress test, questions about what the test will entail and what that will mean for shareholders is adding to the uncertainty.

BernsteinResearch analyst Kevin St. Pierre wrote in a report last week that Fifth Third, the Cincinnati-based bank whose shares have dropped more than 90% over the past year due to concerns about rising loan losses, has become "un-investable" in part because of "the lack of information around the details of the stress test."

In this case, the question is not whether Fifth Third shareholders will be hit, but how hard, St. Pierre wrote. He said Bernstein's own stress tests suggest the bank could end up being forced to sell between $2 billion and $2.7 billion in new convertible preferred shares to the government - events that would more than double the number of common shares outstanding.

Fifth Third is far from the only bank in that position. St. Pierre wrote in his report that Regions Financial (RF, Fortune 500) of Birmingham, Ala., U.S. Bancorp (USB, Fortune 500) of Minneapolis and PNC (PNC, Fortune 500) of Pittsburgh could face serious shareholder dilution, based on an assessment of their capital ratios, loan loss reserves and exposure to the increasingly troubled commercial and construction loan categories.

On this basis, Goldberg wrote that PNC and San Francisco's Wells Fargo (WFC, Fortune 500), appear likely to be adequately reserved. But other banks, such as Synovus Financial (SNV) of Columbus, Ga., Zions Bancorp (ZION) of Salt Lake City and BB&T (BBT, Fortune 500) of Winston-Salem, N.C., could face losses that would force them to raise more capital from the government.

While the Geithner plan seems to imply that troubled big banks will get government support at a price, Goldberg noted that some uncertainty remains. "We hope this is actually a stress-test and not meant to determine who survives and who doesn't," he wrote.

How Geithner's vulture plan may work

Time to break up the banks?
Related Articles