Team Detroit better bring its a-game when it confronts the Obama administration Thursday. 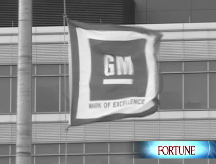 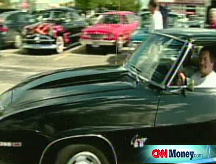 Brands: What stays, what goes
As Chrysler and GM work through their viability plans, they're looking to unload some of their models.
View photos

NEW YORK (Fortune) -- Top executives from General Motors and Chrysler will meet with members of President Obama's auto team Thursday. To say the stakes couldn't be higher would be to understate the seriousness of the situation.

Last week, both companies submitted lengthy plans to justify their requests for more government aid so they could stay in business. Now they will have to defend those plans face-to-face with a group of government wise men who probably aren't all that sympathetic to their plight.

If the auto guys fail to win over the government's auto team, the consequences will be quick and bloody. Both GM (GM, Fortune 500) and Chrysler will slide into messy bankruptcies amid recriminations aplenty.

The executives have a tough task in front of them. Detroit has never had a reputation for acting proactively in the public interest and its image has, if anything, slipped further in recent weeks.

The auto men's sales pitch will focus on two individuals, neither of whom is likely to be understanding. Private equity banker Steven Rattner, who was named auto counselor to Treasury Secretary Timothy Geithner, is a Manhattanite who probably spends more time in the back seat of a Town Car than he does behind the wheel.

If GM CEO Rick Wagoner goes into his familiar speech about how much improved the Chevy Malibu and Cadillac CTS are over their predecessors, Rattner is likely to greet him with a blank stare.

The banker could wait for hours at the intersection of Fifth Avenue and 57th St. and never see a Cadillac CTS. Any Malibus that passed by would be painted yellow and carry a taxi medallion on its hood.

Arbitrator Ron Bloom, who had been working for the Steelworkers Union, has signed as a special advisor for the government. With his close ties to organized labor, Bloom isn't likely to cut the industry any slack when it comes to winding up its negotiations with the United Auto Workers.

It would be fun to hear him, though, explain why, according to the Detroit Free Press, the union considers free legal services paid for by the auto companies an inalienable right for its members.

The Treasury team will have to avoid the temptation to tell the auto guys how to run their businesses as a condition for more federal aid.

The only thing worse than nationalization of the banks would be nationalization of the auto companies. All Washington seems to think about is fuel economy and safety. If politicians and their appointees start dictating future product plans, we'll all be driving four-cylinder econoboxes with solar panels on their roofs, surrounded by rubber bumpers.

Auto companies can build them but who would want to buy them? Building cars that people don't want to buy is what got Detroit into trouble in the first place.

What Washington should be doing is prodding these companies to run their businesses better, on the assumption that failure now would be an unbearable psychological and economic burden for states like Michigan, Ohio and Indiana.

From Chrysler, I would like to hear what new models it will have on the market and when. Chrysler is currently non-competitive in the most important segments: small, compact, and medium-size cars. Its sales in January were 55% below a year ago.

Chrysler is promising to launch 24 new vehicles during the next 48 months. What are those vehicles and how, exactly, are they expected to be better than the ones they replace?

From GM, I would like to know what's taking so long? Saturn and Saab have both been losing money for nearly two decades and GM is only now getting around to doing something about them? GM has had too many nameplates, too many employees, and too many dealers for more than two decades, and it is still not finished cutting? When does the statute of limitations on this turnaround run out?

Given their past performance, nobody is very optimistic about the future of these companies. But you would hate to see them both go down in the "severe contraction" we are enduring. America lost Auburn, Cord, Dusenberg and other great automotive names in the 1930s. Lets hope that the 2010s don't mean the end of Chevy, Cadillac, Jeep and all the others.