When e-mail comes back to haunt you

A careless e-mail with a phrase like, 'We'll handle this situation differently than usual' could be trouble if your company is sued. Here's six ways to cut your risk.

Paste this link into your favorite RSS desktop reader
See all CNNMoney.com RSS FEEDS (close)
By Anne Fisher, contributor
May 8, 2009: 10:58 AM ET
Sign up for the Ask Annie e-mail newsletter 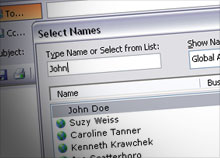 NEW YORK (Fortune) -- Dear Annie: I'm in HR at a medium-sized company that is being sued by an ex-employee who was laid off and is now alleging age discrimination. His lawyer has filed a discovery request that includes all of the e-mails of certain managers here over a given period of time, and this has got the whole place in an uproar. Our own attorneys are telling us we need a better e-mail policy, since all we have right now is the standard notice that the computer systems belong to the company and can be monitored at will.

My question is, do more detailed policies work? I really doubt that telling people what they can or can't say in e-mails has any effect on their day-to-day behavior. I'd be interested to hear what you and your readers think. -No Name, Please

Dear NNP: Since the courts began including e-mails and text messages in the definition of "documents" a few years ago, says Andrea Bernard, a partner in employment law and litigation at Warner Norcross & Judd in Grand Rapids, Mich., "we're seeing thousands upon thousands of electronic discovery requests - about as many as there are lawsuits" against companies.

"Unfortunately, there is this culture of carelessness about e-mail," notes Bernard, who specializes in advising employers on e-mail policy. "People will write something in an e-mail that they would never dream of putting on paper on company letterhead. Yet these days, it is exactly the same thing."

Adding to the difficulty is the fact that "people have laptops and cell phones that they take home with them at the end of the day, which means they're even more likely to forget that they don't own these things," Bernard says. That proprietary feeling - "this is my laptop" - seems also to result in many people's tendency to ignore that standard privacy warning you mention: "Employees are often genuinely shocked when a casual e-mail comes back to haunt them, especially as evidence in a lawsuit."

They also may not know that lawyers frequently hire forensic computer experts who comb through huge volumes of e-mails looking for a smoking gun, in the form of certain words and phrases. A few of these: "I shouldn't put this in writing but..."; "We're going to handle this situation differently than we usually do..."; and "Delete this e-mail after you've read it." Says Bernard: "That last one is my favorite, especially when the sender has copied 100 people on it."

Bernard agrees with you that it's unrealistic to expect that you can design an e-mail policy that covers every single contingency. "There is, however, a broad guideline you should urge upon your employees," she says. "It's this: Don't put anything in an e-mail that you wouldn't want your mother, a Wall Street Journal reporter, and 12 members of a jury to read."

1. Put it in writing. Your written policy should prominently feature that privacy warning you're already using, plus a statement that the policy covers all electronic communication devices, including laptops and BlackBerrys. Then make sure every employee gets a copy of the written policy, and encourage people to ask questions about any part of it that is unclear.

2. Prohibit discriminatory or harassing e-mails. "Just as your company probably has rules against offensive humor or harassing behavior around the office water cooler, you'd be smart to spell out that the policy covers e-mails and texts as well," Bernard says.

3. Advise against putting qualitative judgments in e-mails. Says Bernard, "If you encourage everyone to stick to the facts when e-mailing, you minimize your risk. When people start adding opinions like 'What an idiot' or 'We really screwed up this time,' you can get in real trouble." She adds: "Never point fingers in an e-mail" - for example, "This is another boneheaded move on Terry's part." "Those fingers can end up pointing back at the company, and liability can result," Bernard notes.

4. Advocate avoiding "conclusory" language. Phrases like "This could be seen as predatory pricing..." or "This could leave us open to liability..." should never appear in an e-mail. In court, the other side's lawyers will be all over those remarks like a chicken on a junebug, even if you were just noodling around.

5. Remind employees to count to 100 before hitting "send." E-mail fights can end up as fuel for the other side's fire in a lawsuit. "It's all right to formulate an angry message when you're in the moment, but you should recommend that people sit on that for a few hours, cool off, and review it calmly before sending it," Bernard says.

6. Discourage copying and forwarding with abandon. Suggest that people send e-mails only to people with a genuine need to see them (which has the happy side effect of cutting down on inbox clutter, too). If an e-mail reaches you that seems problematic - for instance, a colleague alleging that a government regulation is being violated - Bernard recommends closing the loop by replying, "Thanks for bringing this to our attention. We'll take a look at it," then forwarding it immediately to the appropriate manager and no one else.

In general, since it's impossible to monitor every e-mail, "managers have to be vigilant," Bernard notes. "When you see an inappropriate e-mail, speak with the person who sent it and remind him or her that this is the kind of thing that could cause trouble."

"Bear in mind that the more detailed and complicated your policy is, the harder it will be to get people to comply," she adds. "For example, we don't recommend including a clause that says 'No non-business use of the company's computers'." Why not? "There is such a tiny likelihood that anyone will obey it, you're better off not having it," Bernard explains. "And if you do have it, it has to apply to everyone, right on up to the CEO - and you really don't want to go there."

Readers, what do you say? Does your company have a formal, written e-mail policy? How detailed is it? Do you follow it or ignore it? Do you ever see inappropriate e-mails come by your desk? Post your thoughts on the Ask Annie blog.

Will your references sabotage your job hunt?

Cashing in on litigation