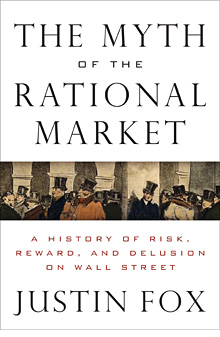 NEW YORK (Fortune) -- There was a time (the 1990s, to be precise) when the concept of shareholder value made a bit of sense: Corporations focused on keeping shareholders happy, and their stock prices rose through the roof.

Things haven't worked that way in a while. Even with the stock market's recent bounceback, the total return on the S&P 500 since the turn of the millennium has been negative. The disasters early this decade at Enron and WorldCom (and lots of lesser debacles at other companies) grew out of a rabid desire to keep shareholders happy.

More recently, several of our leading financial institutions imploded from what executives were convinced was the pursuit of higher returns for shareholders. It has gotten so bad that a couple of months ago even Jack Welch, whose tenure at General Electric (GE, Fortune 500) epitomized the pursuit of shareholder value, declared it to be the "dumbest idea in the world."

Is Jack right? Is it a dumb idea? Depends what you think it means. In the 1981 Harvard Business Review article that introduced the term to the world, accounting professor Alfred Rappaport attempted to sketch a "theoretically sound, practical approach" to running a business that would maximize "economic value for shareholders."

The goal was to get corporate executives to pay less attention to accounting earnings and focus instead on economic earnings - which Rappaport, who taught at Northwestern University's Kellogg School of Management, defined as anticipated cash flow discounted by the cost of capital. It was an argument for paying attention to what created value over time instead of stressing out about quarterly earnings. Which doesn't sound dumb.

"I don't know how many times I kept saying long term, long term, long term," explains Rappaport, who is now 77 and living in semiretirement in Southern California, but still pens the occasional Harvard Business Review article and has a new book in the works. "To me, shareholder value was not about an immediate boost to stock price."

Yet that is exactly what it came to be about in the 1990s. CEOs professing to be disciples of shareholder value fell over themselves trying to please the stock market. They obsessed over meeting quarterly earnings targets. And in doing so they made their companies less valuable.

Why did this happen? It was partly greed, as the result of economic incentives inherent in executive pay packages - pay packages that because of a quirk in the accounting rules were heavy on stock options. It was partly the workings of the immutable law that every good idea on Wall Street eventually becomes a bad one. But it also flowed from a powerful but flawed theory born on another Chicago university campus: the efficient-market hypothesis.

The efficient-market theory that emerged from the University of Chicago's business school in the 1960s and prevailed through the 1990s (it has since been watered down by its remaining adherents) was an argument that the prices prevailing on the stock market were right. If stock prices were right, maximizing shareholder value was the simplest thing in the world. "Focusing on current earnings might be myopic," argued the late, great Chicago finance scholar Merton Miller in 1993, "but not so for stock prices, which reflect not just today's earnings, but the earnings the market expects in all future years as well."

Stock prices do reflect expectations about the future. But decades of research have now shown them also to reflect lots of other things too - emotion, error, and the often perverse incentives of the money-management business. The stock market "is terribly noisy in the short run," says Rappaport. As a result, it's largely useless as a guidepost for those who would pursue shareholder value over the long run.

So is shareholder value a dumb idea? No, just a very difficult one. Because to really get it right, you need to ignore your shareholders.

Justin Fox is the economics columnist for Time. This is adapted from his new book, "The Myth of the Rational Market," to be published in June by Harper Collins.