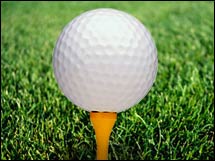 NEW YORK (Fortune) -- The world's most famous golf tournament, the Masters, takes place at Augusta National Golf Club every year. And so while relatively few golfers ever play the highly exclusive course, any fan is familiar with its signature features, from "Amen Corner" to the "Big Oak."

The U.S. Open, by contrast, never appears at the same course consecutively, and that poses a challenge to tournament organizers: How to familiarize the viewing public with a new course every year and thereby increase the excitement around the event?

Last year, the United States Golf Association posted high-definition panoramic shots on USOpen.com of each hole at San Diego's Torrey Pines. But for this year's event, which takes place next week, the organization turned to a San Francisco tech startup called World Golf Tour (WGT) with a far more ambitious mandate: Capture the entire venue -- the Black course at Bethpage on Long Island -- in exhaustive detail, and run a virtual tournament online where gamers can experience every bunker, break, and ridiculous cut of rough.

"We thought, wouldn't it be cool if you could just click on a button and play every hole on the course for free," says Alex Withers, the USGA's managing director of digital media. "And that evolved into, why don't we have a tournament and call it the Virtual US Open?"

High definition golf. Unlike most golf video games, the virtual Bethpage course, which can be played at USOpen.com and WGT.com, isn't rendered by animators on high-end workstations. Instead, it consists of manipulated HD photos and countless data points reflecting everything from topography and friction coefficients for various cuts of grass to stimp meter readings that demonstrate how far an unaided golf ball will roll across a putting green.

"We spent just under three weeks there with a crew of 18 people. With the combination of helicopters and people on the ground, we took about 100,0000 photographs and scoured every single inch of that course," says YuChiang Cheng, WGT co-founder and CEO. The WGT crew did its work last September -- Bethpage officials sculpted the Black course to pro conditions specifically for this project.

The team measured sunlight, shadows, wind speed at various points of day, took laser scans, and overlaid all the data on the photography. "It's a fully functional physics engine as advanced as any console game out there," says Cheng. "But instead of drawing objects and surfaces, we take photographs and bend them into a 3D world." The result is an immaculate recreation of the course with none of the cartoon-y feeling of console golf games; every shot plays as it would in real life.

The heart of what makes this possible is a proprietary software engine that Cheng and his team spent three years developing. The first course WGT captured was the Ocean Course at Kiawah Island, South Carolina, and the company is close to announcing several more.

Keeping the pros on their toes. But with Bethpage, the intent was a bit different. The USGA wanted to capture the track precisely as the pros will experience it. So the course superintendent grew out the rough, lengthened the tees to exact specifications, and made the whole thing extraordinarily difficult. "The pin positions are different," says Cheng, "because we didn't want to give that away to the pros."

The Virtual US Open tournament has already begun and will culminate a week from Monday, the day after the US Open champion receives his trophy. Virtual participants can log as many scores as they like, and the top 156 players will compete in a one-round playoff. The winner will receive a replica of the US Open trophy and a trip for two to Pebble Beach for next year's event.

"We've got over 60,000 people playing now and it's not even championship week," says USGA's Withers. "We're running [commercials] on ESPN and NBC during the tournament, and will have a lot of online support next week."

The tournament and the commercials should provide great exposure for WGT.com. The company, founded in 2006, generates revenue through advertising, sponsorship, and by selling virtual clubs to players as a way to increase distance or control, for example. The site sees about 300,000 unique visitors a month, many of whom have never played a video game in their lives.

"Fifty percent of our players don't consider themselves gamers," Cheng says. "They've already played our game for 100 hours in the last month, and you ask them if they're gamers, and they still say no."