The Problem with Palm's Pre

The handset rocks, but the wireless industry isn't so hot on adopting another mobile operating system. 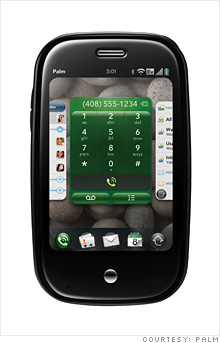 NEW YORK (Fortune) -- By almost all measures the new Palm Pre handset, released June 6, is a hit: The device is getting raves from technology reviewers, and officials at Sprint Nextel, the only phone network now offering the Pre, have said opening weekend sales outpaced their expectations.

But wireless industry executives and analysts say the Pre presents one major challenge to the sector: it adds yet another mobile phone operating system to an already crowded landscape.

Just as in computing, a mobile operating system is sort of the brains of the phone, and hosts the applications that run on the device. To work on all potential devices, an application would need to be specially tailored to each and every system, or OS.

"To me, fragmentation in the mobile OS space is set to become a real problem, especially for small app developers, who have limited resources," says Julien Blin, principal analyst of JBB Research in Los Angles. "They have to choose between a myriad of mobile OSes. Betting on the wrong horse could have serious consequences for some of them."

Mark Lowenstein, managing director of consultancy Mobile Ecosystem, notes that need to accommodate multiple platforms adds cost to a developer's business. "It is interesting that with all of these billions of app downloads happening, very few real businesses are being built," he says. "At some point, there will be a 'write once' platform that will allow an app to be more easily and cheaply deployed across [systems]."

At an annual industry conference in Barcelona earlier this year, AT&T's top wireless executive fretted about the fragmentation taking place in the mobile world. "If we don't work together as an industry, this is the scenario we'll see -- in fact, we already are seeing." Small, self-contained, siloed ecosystems are developing with separate applications dedicated to separate operating systems and separate devices and separate app stores and separate carriers," Ralph de la Vega, chief executive officer of AT&T Mobility and Consumer, said in a speech to the attendees. "We need to remember what makes our networks so powerful in the first place: connectivity."

Industry executives, of course, have been calling for OS streamlining for years. At an on-stage panel at the Barcelona conference in February, Microsoft (MSFT, Fortune 500) CEO Steve Ballmer and Olli-Pekka Kalvuso, CEO of Nokia (NOK) both agreed that the number of mobile operating systems would have to decrease. And both men agreed that his OS would not be among the casualties.

AT&T's de la Vega suggests that the solution to the problem lies in the notion of cloud computing, in which applications are written to a single standard and delivered over the Internet. "I think the solution to this will be cloud computing and APIs," de la Vega tells Fortune. (An API, or application programming interface, is a set of protocols that app designers need in order to build their services.)

He adds: "If the handset makers don't do it, AT&T will begin to facilitate this by making APIs to our network available." De la Vega's idea, which would require strict privacy and security controls by AT&T, essentially would turn the phone network -- not the handset maker's software -- into a developer platform. Even if AT&T were successful, developers likely would have to support "legacy" applications on the different operating systems. And AT&T's network APIs might be different than, say, Verizon's. That would only compound the developers' need to accommodate multiple platforms.

Ironically, the computing world figured out long ago how to deliver content and services across multiple operating systems: The World Wide Web served to unify computing platforms. Unfortunately, only a portion of today's handsets have really good web browsers, and even when they do have great browsing consumers seem to love their mobile apps. (Case in point, the iPhone, which has good browsing but also operates the tremendously popular App Store.)

Analysts like Blin believe the mobile web can help untangle the industry's OS mess, but he warns that it will be years before good browsers will be the norm, not the exception. In the meantime, developers -- and consumers -- will have to live with many mobile platforms.

Palm Pre review: To Pre or not to Pre?

With the iPhone, Apple must now try harder