You're hired! You move. You're fired!

It's happening a lot lately: You accept a job offer, maybe even move to a new city to do so, but then the employer backs out. Do you have any rights?

Paste this link into your favorite RSS desktop reader
See all CNNMoney.com RSS FEEDS (close)
By Anne Fisher, contributor
August 21, 2009: 4:27 AM ET
Sign up for the Ask Annie e-mail newsletter 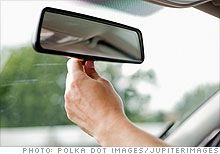 (Fortune) -- Dear Annie: I hope you can help me, because I am in a real mess here. I was laid off in January and, after a six-month job hunt, was offered a position similar to my old one. The new job required that I move from the Boston area to Atlanta. So my wife and I sold our house at a considerable loss, my wife quit her job, and we signed our kids up for their new schools in our new hometown. The company paid me a signing bonus and paid about half of our moving expenses. (My understanding is that the other half is tax-deductible, since we moved for work reasons.)

But while we were doing all this, the company that hired me underwent a reorganization. As a result, I have been informed that the job I was hired for no longer exists. So, while they are very sorry and so on, we are stranded in an unfamiliar city, unemployed. Am I obligated to return the signing bonus? Should I ask to have the other half of our moving expenses covered? (We need the money.) Did I make a mistake by not having gotten some kind of guarantee in writing? What are my legal rights? -High and Dry

Dear HD: Oy. First of all, don't kick yourself for not having gotten a written guarantee. "Most companies have a standard policy concerning what they'll put in writing and what they won't, and it's extremely difficult to get them to make an exception," says Mimi Moore, an employment attorney and partner in the Chicago office of Bryan Cave. "Nine times out of ten, unless you're moving from a big established company to a startup, so that there is obviously an unusual amount of risk involved, nobody below the C-suite level gets a written contract. For everybody else, the dominant principle is 'employment at will.' "

Employment at will means that an employer can cut you loose at any time, for any or no reason. (The corollary is that you're free to quit anytime you like.) Without an offer letter that specifically states how long you will work there - a rare thing indeed - the company has the legal right to lay you off on your first day on the job, or even before you start.

Talkback: Did you ever had a job offer rescinded? Leave your comments at the bottom of this story.

"In certain unusual circumstances, there is a principle called 'detrimental reliance,' where you can sue the employer because you relied on its promise of a job," Moore notes. "But in order to win in most states, you would have to prove somehow that the company deliberately misled you and the job offer was fraudulent or not in good faith. If you can't prove that, you'd just be throwing money away on a lawsuit."

A bit of slightly better news: Moore says you needn't worry about repaying the signing bonus. "It's very common for employers to pay a bonus when they're asking someone to move, and in general the employee keeps that bonus," she says. (An exception would be if you backed out of the job, or started working and then stopped showing up, clearly not the case here.) "So don't say anything to them about it. Just assume it's yours."

As for the other half of your moving expenses, "ask nicely," recommends Moore. "Play on their heartstrings a bit. You have nothing to lose if they say no, and they may feel guilty enough to say yes."

Unfortunately, your situation isn't uncommon these days. A new survey by outplacement firm Challenger Gray & Christmas says that 18.2% of job seekers who found work in the second quarter of 2009 had to relocate to get hired, up from 11% in the same period last year. One way to make such a move less risky: Find temporary housing in the new location and see how the job goes before selling your current home and uprooting the whole family.

Moreover, while no one keeps track of how many job offers get rescinded at the last minute, Moore says she's been seeing more and more instances of it. "Companies are constantly restructuring now, looking for ways to cut costs," she says. "Job candidates can't really predict or prevent that, of course, but it is legitimate to ask - either in interviews or once an offer has been made - how many layoffs have occurred, and whether more are expected. Do as much research as you can and try to get a sense of how stable the organization is. You owe it to yourself to know what you may be getting into, especially if you're going to have to move."

Moore also suggests that you swallow your anger and dismay and keep the lines of communication open with this employer. "Often people don't think to ask, 'Is there another job I could do here?' If they wanted you badly enough to pay you a signing bonus and relocation money, obviously they like what you have to offer, so see if another opportunity might exist in the restructured organization," she says. "Even if not, something may come along three or six months from now. If you stay upbeat and don't burn your bridges, people will think of you when times get better or when another job opens up."

She adds that employers are sometimes aware of specific job openings at other companies or can make suggestions about who might be hiring locally. "That's another reason to try to keep a positive attitude, hard as that is," she says. "You won't hear about those opportunities if you're bitter and ranting."

Talkback: Readers, did you ever have a job offer rescinded at the last minute? Would you move to take a new job? If you've done so, how did it work out? Sign on to Facebook below and tell us.

You're fired! You're hired!

Laid off workers get their jobs back