What's ahead in the next decade? 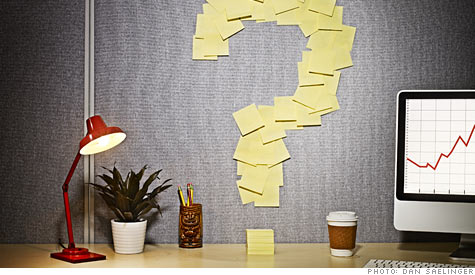 (Fortune Magazine) -- If you were a typical American investor on Dec. 31, 1999, chances are your portfolio was loaded up with stocks -- U.S. stocks, for the most part. And scorching tech stocks most of all. Why not? The S&P 500 index had swaggered its way to a 432% total return during the '90s. Sure, there were a few zealots on the fringe proclaiming the virtues of commodities and emerging markets, but who was listening?

We all know how that turned out. Even as the S&P sagged by 11% through the '00s, gold quadrupled, oil took off, and you had to listen in agony as a work colleague bragged about the killing he'd made in a Peruvian mining stock.

4 pros: Investing in the next decade

The coming 10 years won't necessarily resemble the past 10. We've enlisted four investing sages who lay out the opportunities - and pitfalls.
View photos

Is the paradigm about to shift again? We asked four of the market's best minds to preview the next 10 years. Their answers mostly point to another sobering decade in the U.S. Opportunities still exist -- you just may need to look a little further to find them.

There are three challenges that will shape the landscape in the decade ahead. Fiscal discipline has been largely lacking at all levels, creating a debt burden far beyond historical precedent. If you factor in Social Security, Medicare, state and local debt, and what Fannie Mae and Freddie Mac owe, our total public debt is now at 141% of GDP. Add in household and corporate debt, and the unfunded portion of entitlement programs, and it's 840% of GDP. Yikes.

The second headwind is the fact that markets are expensive by historical standards.

The third is demographics: In 2002 the U.S. was adding 10 new working-age people for every new senior citizen. By 2023 that flips to 10 new retiree wannabes for each new working-age person. Retirees will be selling assets to a shrinking pool of buyers. So save aggressively and play defense.

While the developed world has huge debt and demographic problems, many emerging markets have younger populations and foreign reserves. After the rally in 2009, this is not a "buy now" recommendation. Still, a case can be made to invest significantly more in emerging markets, especially during one of their periodic plunges. U.S. inflation and a declining dollar will add to their relative attractiveness.

Inflation protection will be priced at a premium. Give inflation-linked bonds and commodities more than token allocations. There are always interesting investment opportunities. Choose wisely.

Jeremy Grantham
Founder of GMO, which manages $102 billion for institutions

We expect that the S&P 500 in 10 years will only trade a little higher because of inflation. This is because the index starts out today about 30% overpriced. Within the S&P, though, the 25% highest-quality companies -- those with high, stable return and low debt -- should have an above-average 6.75%-a-year return plus inflation, with the rest facing a negative return.

Going out a few years, China is potentially a severe disappointment. A group of people who were communists in every aspect a few years ago is trying to drive the largest country in the world at the fastest rates in economic history. They are making unprecedentedly large and perhaps badly reviewed loans. They've been incredibly lucky. They are probably not as good as they seem to be. I think there is a nascent bubble in emerging markets. Over the next three to five years, emerging markets are likely to sell at a handsome premium P/E because of the respect for their higher GDP growth.

Metals will have scarcity crises every few years. We just don't have enough cheap, high-grade ores of almost any kind. Lithium is a scarce metal in heavy demand.

As a general principle, I think in the future value will matter. There will be things going wrong pretty well all the time. Not necessarily gigantic things. Not necessarily enough to stop the forward progress. But enough to keep growth and profits below average and the market looking for any excuse to be cheap.

The world has changed since early '08 or even '09. The next 10 years will involve deleveraging, re-regulation, and deglobalization. Countries will become more protective in terms of mild tariffs or currency devaluation. The result is a "new normal" of slower growth in the U.S. and global economies.

Instead of a speculative Nasdaq stock at a 50 P/E, investors in the next 10 years should consider, say, an NYSE utilities stock that yields 5%. Focus on dividend income in terms of stocks, as opposed to growth and investment-grade income from bonds. You can generate a portfolio that yields 4% to 5% and that is in some fashion protected against inflation.

If you're looking for growth, you should venture outside the U.S. Brazil and China and other Asia equities are the cherry on top of the melting sundae. It's not only their internal economies; they're in better shape from the standpoint of reserves and balances. Ten years ago Brazil was a basket case and beggar. Now it has hundreds of billions of dollar reserves.

Jeremy Siegel
Author and professor at the Wharton School of Business

Your impulse to follow what has done well the past decade is actually the wrong strategy. At the end of the 1990s, stocks had had their best decade ever -- and then went on to have their worst since the 1930s. Find assets that are out of favor. Those are apt to do well in the long run. So with stocks coming off their worst decade, I believe the next 10 years will bring returns in equities at or above their long-term normal of 6% to 7%, after inflation.

Returns on a diversified global portfolio of equities will be at least that much. I do mean global. Over half the world's equity capital is now outside the U.S., and that fraction is growing. For the S&P 500, 40% to 50% of profits and revenues come from foreign sales, and that fraction will be rising.

You have to be internationally diversified -- in both emerging and developed markets. There's no question emerging markets will grow faster than the developed. That doesn't mean go after the firms that are there. Some are overpriced. Go for the firms that recognize where the growth is going to be but are still reasonably priced. They could be in the U.S., Germany, or anywhere.

I reject Bill Gross's thesis of the "new normal." I don't believe we'll see slow growth. You have to talk about productivity growth, and that depends on innovation and research. We may be entering a golden age of such innovation because of the explosion of the Internet and international communication. That's what produces breakthroughs.

5 centuries of bubbles and bursts