Saying sorry: Why so few companies do it

(Fortune Magazine) -- Prepping for a television show like Squawk Box is a bit like cramming for a test: Each night I need to review piles of news stories and analysts' reports on the business issues of the day.

One evening my study session nearly came to a halt when I read an article that stopped me in my tracks: A respected medical journal chronicled the case of an 84-year-old patient whose Boston Scientific defibrillator accidentally sent an unnecessary shock to his heart. 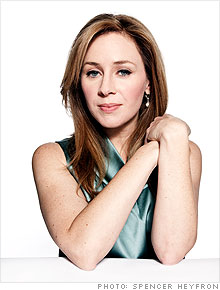 Instead of admitting there could be a problem with the device or even apologizing to the patient, who'd obviously been through a traumatic experience, Boston Scientific (BSX, Fortune 500) wrote a scathing letter questioning the doctor's observations and criticizing the journal for printing the article.

Most of us learn in kindergarten that when you hurt someone, you say you're sorry. But captains of industry seem to have forgotten the rules of common decency. Instead of manning up and admitting their mistakes, far too often corporations and CEOs choose to deny, deflect, or deceive.

This is not an antibusiness screed. Quite the contrary: I think remorselessness is bad for business, and it pains me to see companies bury their heads in the sand when they've screwed up.

And when a corporate chieftain eventually does fess up and admit wrongdoing, it's often because somebody else has forced his hand. Toyota's president, Akio Toyoda, apologized for the automaker's faulty gas pedals, finally bowing low before a press conference to show humility and contrition. But according to the Wall Street Journal, the car company knew of problems with its accelerators for more than a year before owning up to U.S. regulators or its customers. In the meantime, people died in accidents that may have been related to the flaw.

Then there's Wall Street. How many bank CEOs have acknowledged their roles in activities leading to the financial crisis? Only one (sort of) apology stands out: At a conference late last year Goldman Sachs (GS, Fortune 500) CEO Lloyd Blankfein said, "We participated in things that were clearly wrong and have reason to regret." His apology wasn't very specific, and it clearly was a response to concerns about the criticism heaped on the hugely successful company. "Our reputation is very important to us," Blankfein said at the event.

So why do corporate execs seem to have such a hard time making apologies? Maybe because admitting a mistake can be expensive when you head a major corporation. Plaintiffs' lawyers would have a field day with an apology, and recalling a product is expensive. Levick, a crisis-communications firm that has helped companies recall more than 100 products, estimates that it costs twice as much to recall a product as it does to litigate claims related to faulty goods.

Lack of remorse may be good (temporarily) for a company's bottom line, but it isn't good for society. The strength of the global economy depends on people's willingness to trust institutions, and institutions' ability to trust one another. When problems crop up in business, a sincere apology is essential to restoring that trust.

When he was CEO of Sun Microsystems, Jonathan Schwartz says he got an enthusiastic response when he apologized to a customer in his blog. "We need to authentically engage with the community if we want them to trust us, or they won't buy from us," he told Fast Company in June 2007. Executives at Boston Scientific might want to listen up: When last I checked, the 84-year-old heart patient is still waiting for an apology.

Don't get angry at the markets

Help Desk
Track testing tires to find the best
Find out how TireRack tests and reviews tires and why choosing the right ones for your car is so important. Play
Markets
Data as of 2:44pm ET
Data as of 7:12am ET
Sponsored by
Sponsors
Sections