Regulation not as capitalism's downfall, but its salvation 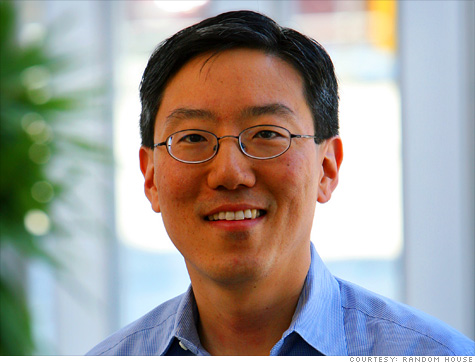 (Fortune) -- Of all the books about the financial crisis, 13 Bankers: The Wall Street Takeover and the Next Financial Meltdown, is the least sexy. No one dry heaves into a wastepaper basket, there are no expletive-laden tirades, and not one character has a glass eye. But this staid looking text holds an explosive idea: Wall Street has hijacked our government. And without a total overhaul, taxpayers will endlessly foot the bill for its sins.

That's not an easy fact to face, says co-author Simon Johnson, a professor at MIT's Sloan School of Business. Who would admit that the government and the public were fooled into thinking that feeding money and power to a handful of bankers was good for society? Johnson and co-author James Kwak contends the financial industry fooled regulators into believing that allowing banks to take huge risks with little oversight was equivalent to practicing free market capitalism.

"But all the deregulation and consolidation of power did not create a free market," says Johnson. "It created the worst kind of socialism, whereby if all goes well, the banks benefit disproportionately and if all goes wrong then the taxpayers clean up the mess and the banks go on with business as usual."

The "13 Bankers" of the title were at a March 27, 2009 meeting with President Obama. The authors argue that they represent an oligarchy, and have managed to deeply ingrain their needs into the public psyche. As policymakers try to reform the financial services industry in the Administration and on Capitol Hill, it can certainly seem that way. Bank lobbyists have swarmed Washington D.C., arguing that better regulation of their risk and practices is akin to an assault on capitalism. They say they are plenty regulated, pointing to quantity of rules they follow, while declining to address their quality. A sea of talk radio hosts and television pundits take that message to the people, decrying rules that curb profit as rules that destroy free markets.

While politicians debate minutia, Johnson and Kwak say they're not addressing the real problem. Until the banking sector is a much smaller segment of our economy, banks will always have too much power. And as long as basic economic functions like mortgages and car loans depend on subsidizing their risky activities, we'll keep bailing them out.

"This is at heart a question of politics, not of economics or of regulatory technicalities," the authors write. "The challenge we face today is similar to the one faced by President Roosevelt a century ago; the antitrust movement was originally a political movement."

Not surprisingly, their solution is to bust up the trust. They argue the government should make banks small enough so that their risks or failures aren't able to crash our entire financial system. To show this is possible, the writers revisit history, from fights between Thomas Jefferson and Alexander Hamilton over the establishment of a federal bank, to monetary crises in the 1990s. They repeatedly show that America's leaders have always feared concentrated power in any one industry, aware that magnates would derive from that power the political influence to warp the two pillars of free markets: democracy and competition.

For Kwak, a former McKinsey consultant, and Johnson who was Chief Economist for the International Monetary Fund, the choice is binary: Make banks "small enough to fail" or face an endless bailout. The recent bailouts did nothing to curb the actual power of banking industry, they say. Firms are returning to health and profitability, thanks to the implicit guarantee of government and taxpayer funds. They are even more resistant to regulation or control. The system works pretty well, for them.

If politicians fight this battle, it won't be to make friends. The conventional wisdom that a few big banks are central to our economic prosperity and know what's best runs deep. It was formed over three decades of deregulation and risk taking, with the death of major American industries as a backdrop. As Wall Street produced more politicians and regulators, government came to argue all of our interests are aligned with those of the banks. "Greed is good,"wasn't just a fun line to quote from a movie; it became the ethos of Main Street, and the nation.

Kwak, with Simon Johnson is co-author of 13 Bankers and co-editor of the financial blog, The Baseline Scenario. The site gained a following due to its thoughtful and provocative commentary; Time magazine called the blog "essential reading for crisis buffs."

Have you found resistance to the idea that the financial crisis was the result of a systemic misallocation of power?

People seem to be uncomfortable with the idea that power is what is at fault. Bankers and politicians prefer the idea that the crisis was some kind of unforeseeable "perfect storm." Economists often focus on the specific financial mechanisms that caused the crisis--securitization, rating agencies, principal-agent problems, information asymmetries, and so on.

Also, many ordinary people think that the crisis was brought on by greedy Wall Street bankers who were defrauding the public. [Simon Johnson and I] think that blaming it on "greedy bankers" is insufficient, because bankers will always be greedy, and society and government have to adapt to that.

What went wrong in particular over the past three decades is that our government largely adopted the worldview of those bankers and, as a result, implemented policies that were favored by the bankers. This created the environment in which the boom and bust could occur.

Have you had any feedback from people who work at one of the 13 banks that the title of your book references?

We have had some positive feedback from people at major banks. Unfortunately, most of them are not able to speak publicly [due to gag orders and bans on comments by their employers], because the people who run those banks are dead set against us, for good reason. They don't want to see their empires broken up.

Conservatives have been quiet on the need to reduce the amount of power that banks have in Washington DC, even though they criticized Fannie Mae and Freddie Mac for being too big and too powerful. Have you gotten much feedback from them?

First, our ideas have a broad appeal [on the left and the right].

The idea that our largest banks are able to manipulate the political process, gain access to taxpayer money through bailouts, and tilt the economic playing field in their favor is deeply offensive to many conservative, free market people. Arnold Kling just wrote an article in the National Review saying essentially what we do--that big banks are bad for free markets, for both economic and political reasons.

Does it shock you that the public seems to have so wholeheartedly accepted the bankers' version of the free market system?

It doesn't shock us that the bankers were able to seduce the public over the past thirty years. This was a period when all of American society and culture celebrated the private sector and looked down on the government.

It was also a time when the American financial sector got very, very big and very, very rich. We have always looked up to and admired rich people, and all of a sudden most of them turned out to be investment bankers and hedge fund managers. Many people took it as a matter of course that if this group of people was making that much money, they must be worth it.

However, we are concerned about how strong the bankers' hold remains even after the financial crisis, and how quickly they returned to business as usual. But we don't think the public still buys the ideology of finance. The problem is that many people in Washington still believe in that ideology, either because they have been steeped in it for decades, or because they depend on the financial sector for their livelihood. That will take years to change.

How to prevent the next global crisis