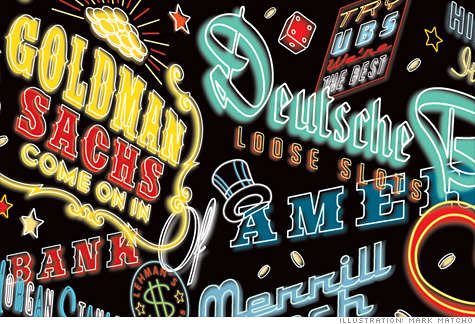 (Fortune) -- The first thing you learn when you start looking at Wall Street, which I've been doing for 40 years, is to never trust the salesmen. What they promise you isn't necessarily what you get. You need to use common sense, watch out for your own interests, and at least make an attempt to understand the fine print.

The same principle applies when you examine the plans to reform Wall Street. They sure sound great. President Obama talks about "a commonsense, reasonable, nonideological approach to target the root problems that led to the turmoil in our financial sector and ultimately in our entire economy." But what we'll get from the actual legislation isn't necessarily what we hear from the Salesman-in-Chief.

So, with assistance from some of my Fortune colleagues, I'd like to propose Six Simple Steps to help fix the financial system by changing Wall Street's incentives, forcing players to put serious amounts of their own money at risk, and giving regulators, creditors, and the general public access to information that Wall Street now hoards to enhance its profit margins.

If these emerge from the Washington stew, there's hope the reform will be true reform. If not, get ready for more bailouts in a few years.

1. Demand more skin in the game. Any reform plan worth its salt should greatly increase capital requirements -- the amount of money that stockholders have at risk, relative to an institution's assets -- for financial institutions. This is what people mean when they talk about reducing leverage. Lower leverage would make institutions less likely to fail, and any bailout of them less expensive.

2. Increase the Fear Factor. If any financial institution fails or needs extraordinary help from the government, the government should be able to claw back five years' worth of stock grants, options profits, and cash salaries and bonuses in excess of $1 million a year. That would apply to the 10 top executives, current and former, with a five-year look-back period. It would also apply to board members, present and past.

3. Expose derivatives to the light of day. Warren Buffett famously called derivatives "financial weapons of mass destruction." My colleague Carol Loomis somewhat less famously calls them "the risk that won't go away." They're both right.

Derivatives should be subject to clearinghouses that guarantee payment and require collateral to be posted, and should be traded on exchanges. That way regulators, creditors, and regular investors can see the price at which the market values them.

4. Beef up the bankruptcy laws. In a perfect world, step 3 would solve the derivatives problem. But in the real world, lobbyists are making sure that won't happen. Inevitably the new rules will let many derivatives players get their contracts deemed "custom." Custom derivatives won't have to trade on exchanges, and may not even be subject to clearinghouses.

So we have to fix bankruptcy laws to make sure that, unlike the Lehman Brothers disaster that rocked the world in 2008, a big derivatives player can go bankrupt without destabilizing the world's financial system.

5. Create a mortgage security database. One of the major problems that led to the meltdown was that it was impossible for many investors to figure out what collateral supported the mortgage-backed securities and derivatives they owned. We can solve that problem by setting up a publicly-available database for all mortgage-backed securities that would include the up-to-date payment status of each mortgage in each security, and the estimated market value of each house. Investors, regulators, and creditors could use this powerful tool to do their own analysis rather than having to rely on credit-rating agencies.

6. Rein in the credit raters. A major reason for the worldwide mortgage disaster is that Moody's, Standard & Poor's, and Fitch, the big three credit-rating agencies, rated toxic waste securities AAA when they should have been rated ZZZ. Investors slavishly subservient to the ratings stocked up on this trash, to their detriment. Take away the big three raters' special place in government policy, and let them duke it out with smaller upstart raters who are paid by securities' owners rather than by issuers.

Much of what I'm saying is unconventional, maybe heretical. But conventional fixes haven't served us well. We can't just tinker at the margins and set up a new agency or two and expect Wall Street to give up greed. Salesmen will always be salesmen. But if we change incentives and add transparency, they'll be pitching us a less toxic product.