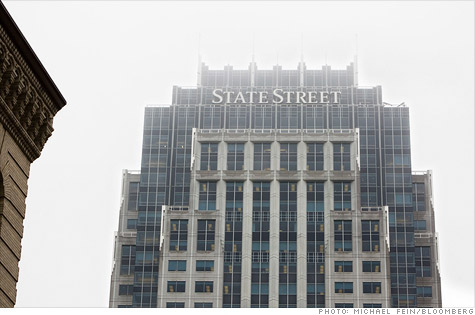 (Fortune) -- While it's a bit like predicting a winner as the horses go into the final stretch, there's a handful of companies that may do well when financial regulatory reform eventually becomes law.

As a congressional conference committee tries to reconcile the House and Senate versions of the bill, financial companies are engaging lobbying battles to mold the law in their favor.

Out of the gate, odds are good that there will be some kind of regulation of derivatives trading. A lesser-restrictive proposal would simply require that these vehicles be registered or traded through an exchange or clearinghouse.

Financial companies will not only want to hedge any number of market, credit and systemic risks, they will be forced to do it in a more transparent way. That means open trading of shadowy credit-default swaps and related vehicles that led to the collapse of Lehman Brothers and imperiled the largest banks.

One company uniquely positioned to benefit -- no matter which route is taken -- is the Chicago-based CME Group (CME). The company already encompasses some of the largest derivatives markets on the planet, handling more than 1 billion contracts annually, worth more than $1 trillion.

CME stands to gain the most if the final Congressional package pushes banks and other financial players to force their derivatives out of the over-the-counter arena and into the more accountable mark-to-market exchanges. Many reformers have said this would give investors and traders alike a better picture of what these instruments are worth on an open market.

For contrarians, there's even some reason to believe that the megabanks may eventually prosper despite the regulatory and earnings hits they're inevitably going to take. Besmirched titans like Goldman Sachs (GS, Fortune 500), Citigroup (C, Fortune 500) and Bank of America (BAC, Fortune 500) can benefit if the stronger derivatives fix is applied -- if that means the ability to shed or spin off trillions of dollars of liabilities from their derivatives portfolios.

Financial intermediaries that serve as conduits between investors and banks and institutional money managers will do well since they will be able to offer services to complement tougher derivative regulations. This trend will favor money manager and servicer State Street (STT, Fortune 500), headquartered in Boston. In addition to being an institutional money manager, State Street also provides alternative investment operations and risk analytics. Another low-profile middle man is Bank of New York-Mellon (BK, Fortune 500), which provides clearing and asset management services.

As portfolios often indexed to markets, sectors, asset classes and countries, ETFs are liquid, openly-traded vehicles that are used by investors for hedging and speculation. In many cases, ETFs can be used to manage certain risks. For example, "inverse" ETFs can be used in place of derivatives to profit from declines in slices of the stock market from broad indexes to smaller sectors.

The general spirit of financial reform will favor companies that use relatively low-cost, conservative and transparent models of money management such as the Vanguard Group, Fidelity Investments and TIAA-CREF. Another trend towards pushing employers to offer annuitization -- guaranteeing monthly payments at retirement -- will also favor these companies.

The most understated wild card in the final law will hinge on whether brokers, insurance agents and other financial advisors working on commission will have to hew to a "fiduciary" standard. Under current law, most commissioned representatives fall under a weaker "suitability" standard. They are generally compensated on how much they sell, not on the advice they give.

As part of the House bill, the fiduciary requirement would compel any advisor who sells or recommends a financial product to work in the client's best interest. Big brokerage houses like Morgan Stanley (MS, Fortune 500) and Bank of America Merrill Lynch will fare well from reform if the fiduciary standard is not adopted.

If a fiduciary standard survives the conference committee wranglings, however, it might open up agents and brokers to a wave of lawsuits since their liability would be increased. Aggrieved investors may be able to sue them en masse. And companies with networks of registered investment advisers, such as Charles Schwab (SCHW, Fortune 500), would stand ready to capture assets from the traditional brokers.

Say on pay: 4 ways to defend executive pay under the new law

CME stands to cash in on trading frenzy