Speed saves: How to instantly stop the next banking crisis 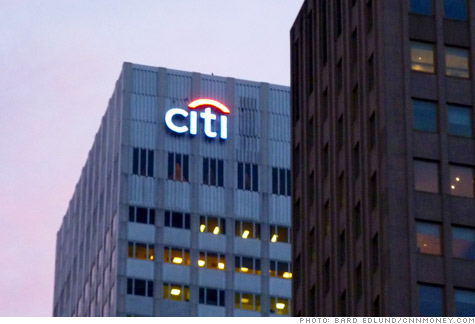 FORTUNE -- During the next banking crisis, we will need speed. Remember how floundering financial firms, like Lehman Brothers, AIG (AIG, Fortune 500), and Fannie Mae (FNM, Fortune 500), contributed to fear and uncertainty - creating problems for their customers, counterparties, and the markets? Many commercial and investment banks panicked, stopped extending credit, and greatly damaged our economy and financial system.

Now, with the rumblings in the global stock market and the sovereign debt crisis in Europe, it's become clear that another banking crisis, while not necessarily imminent, could still easily happen. The Obama Administration and the G-20 representatives meeting in Basel next month are considering new regulations on single issue that caused the most damage in the last crisis: inadequate capital requirements for banks.

It's certain that better regulations can help us respond to the next crisis faster, and with less cost to the taxpayer. So here's a simple idea: require systemically important financial institutions (think Citigroup (C, Fortune 500) or Goldman Sachs (GS, Fortune 500)) to issue so-called "contingent capital," a kind of shock-absorber that would immediately kick in during a crisis to stabilize the institution and bolster its solvency.

Contingent capital could be a special kind of debt that automatically converts to common stock when the firm's regulatory capital gets depleted. In the current political maelstrom, and despite all the self-congratulating on the much-needed financial regulatory reform package that was just passed by the Senate, this practical idea hasn't gotten the attention it deserves.

Left to their own devices, financial firms eventually restructure, but this takes time, something that is always short in a crisis. Managements drag their feet, unable to cope with hard decisions, or they hope the environment will improve and spare the need for massive shareholder dilution (i.e, the wiping out of their personal wealth). Existing debt is tricky to restructure, because holders of different seniority and tenure have different points of view making exchange offers and other strategies frustrating propositions.

Contigent capital: make banks bail themselves out next time

Financial crises are unpredictable and inescapable -- a function of market-driven economies, global capital flows, and information technology, and thus part of the price we pay for innovation and progress. While volatility may be unavoidable, we can get smarter at dealing with it. During a crisis, decision-makers face paralyzing uncertainty, yet must take action with lightning speed.

The faster we can recapitalize and stabilize the financial system, the faster we can get through the crash and on to recovery. During our recent downturn, it took Hank Paulson and his staff a full year to backstop banks after the collapse of the securitization markets, and it took two tries to get TARP right. Then we suffered another six months before the next administration implemented a regulatory stress test (the "SCAP" exercise) that finally prodded banks into recapitalizing. Imagine if we could have sped up this process and spared ourselves dreadful months of indecision and pain.

The problem is, new capital is cautious. Consider the case of CIT Group (CIT), which emerged from bankruptcy early in 2010. It took about a year from when its solvency was questioned before the company finally threw in the towel -- and that's a typical timeline for a struggling financial firm.

Sometimes government can move quickly, but this puts taxpayers at risk. To stabilize the banking system, Treasury bought preferred stock (through TARP) in many banks. This helped. But taxpayers lost $2.3 billion on CIT's TARP infusion, and at last count, some 80 banks are now deferring TARP dividend payments. If the crisis had been worse, TARP would have cost even more.

"Contingent capital" would be a shock absorber, stabilizing firms more quickly and with less taxpayer exposure than ad-hoc measures. Debt that automatically converts to equity during a crisis would reduce the need for protracted negotiations, complicated exchange offers, bankruptcy filing, or emergency government action.

This idea has in fact been around for some time: in 1991, Tom Stanton suggested contingent capital for Fannie Mae and Freddie Mac (FRE, Fortune 500) -- if people had listened then, the idea would have saved taxpayers untold billions today -- the government's bailout of the two mortgage agencies is unlimited, with the Congressional Budget Office estimating it could cost $373 billion by 2020.

The "trigger" for conversion from debt to equity would be a decline in the company's regulatory capital ratios, as disclosed in its quarterly earnings reports. If these ratios dropped below "well-capitalized" levels (typically defined as equity equal to about 8% of assets), then each dollar of the contingent capital debt would be changed into common stock, based on a fixed conversion ratio.

Everyone loses -- except taxpayers

The debt holders would lose, but at least they wouldn't have to wait for bankruptcy to determine their recoveries. Shareholders would lose too -- but without the conversion, they would need to raise emergency capital at a depressed share price, leading to much worse dilution, assuming the company could raise any capital at all. (Remember when Citigroup traded for $1 per share?).

Not only would conversion be speedy, but it would protect the taxpayer. Government-guaranteed deposits (and other debt that might need to be guaranteed) would be protected from losses by the new equity.

Given the severity of the recent crisis, systemically important financial firms ought to hold contingent capital equal to their normal equity requirement, effectively doubling taxpayers' protection.

In normal times, issuing this special kind of debt should not be expensive. Firms that look systemically dangerous might face higher costs. To avoid these costs, risky firms could shrink their balance sheets or rethink their business models. In this way, the contingent capital requirement would brake the growth of large, risky financial firms, another goal of regulatory reform. And if we're not truly preventing systemic failures with our reform plans, it's worth asking whether they're worth pursuing at all.

Kenneth A. Posner is the author of Stalking the Black Swan: Research & Decision-making in a World of Extreme Volatility