The brilliant lessons from McDonald's recall 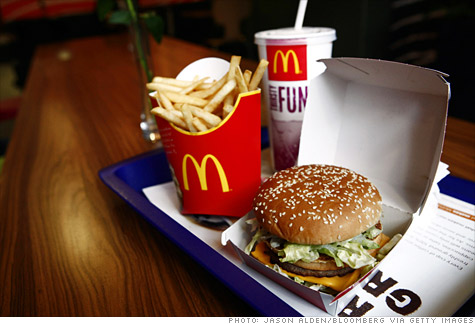 FORTUNE -- In Shrek Forever After, America's favorite green ogre gives up a day to get one, and then regrets his choice. Perhaps McDonald's -- now facing a $15 million recall of Shrek drinking glasses tainted with a toxic metal -- wishes it had that option as well.

But you won't hear McDonald's complaining, shifting blame or running for cover. In fact, the ubiquitous fast food retailer has taken pains to accept responsibility for the problem and moved at lightning speed to fix it by announcing a voluntary recall on Friday.

What's even more remarkable is the fact that, from a regulatory perspective, this glassware wasn't much of an issue at all. As Scott Wolfson, the chief spokesman for the Consumer Product Safety Commission (CPSC) told Fortune, while praising McDonald's response: "The product is not toxic and does not pose an acute risk to children." The risk to consumers, he added, was "very low."

McDonald's initiated the voluntary recall even though the amount of the toxic metal detected did not exceed either current federal or state safety requirements. The company said it did so "as a precautionary measure" and due to "an abundance of caution." McDonald's added that it was also guided by what it called the CPSC's "evolving assessment standards for cadmium," a potential strengthening of the standard that the glassware would have been unlikely to pass.

McDonald's (MCD, Fortune 500) chosen tact and its immediate focus on protecting its reputation and brand helped to mute potential critics, softening what could have been a stock-battering dose of rapidly spreading consumer anger that was percolating across the Internet. Shares of the blue chip stock were up more than 1% on Monday afternoon. McDonald's approach has also been a refreshing change at a time when other blue chip companies continue to demonstrate how not to handle a crisis.

Learning from the mistakes of others

Noting that both regulators and some scientific experts have come out supporting McDonald's' view of the product's limited risk, Jerry Swerling, the director of PR Studies at USC's Annenberg School for Communications and Journalism, said that McDonald's didn't allow the crisis to take control. He added that the public support for McDonald's in this recall is in marked contrast to the drubbing that BP (BP) has received from all corners since the recent and expansive oil spill in the Gulf of Mexico.

"It never ceases to amaze me how difficult some organizations find it to learn from experience," Swerling said. "Every time something happens, a new wheel is invented. Instead of looking at case studies like McDonald's, they think they can delay, they can obfuscate."

Long-term exposure to cadmium, which is ever-present in cigarette smoke, used in some rechargeable batteries, pigments and electroplating, and is described as "the new lead," may cause bone softening and serious kidney problems. Trace amounts of the bluish-white metal were first discovered in the paint on the Shrek glassware by a band of plucky moms armed with home-tests for heavy metals. These women submitted their findings to the Congresswoman Jackie Speier from California and to the CPSC.

No consumer company wants to be the subject of a blog post that leads with a customer pulling into a drive-thru, placing their order, and then asking "for some cadmium on the side." But alas, there it was on TheSmartMama.com, along with a discourse on how the unfriendly metal had been found in the glasses by the blogger, a lawyer named Jennifer Taggart.

The news of the recall and cadmium's potential ill effects initially released a torrent of parental outrage, with commenters wondering about the other promotional toys their kids might have picked up in the latest Happy Meal. As Shahrzad Warkentin wrote on Gather.com, "It's unbelievable to me that our children are continuously being placed in health risks by major brand names like Tylenol and McDonald's that we as parents and consumers rely on and trust."

Winning back the trust of customers will certainly be an ongoing issue for McDonald's, says Professor Terry Hemeyer, who teaches crisis management at Rice University's Jones Graduate School of Management, and is critical of the fast food chain for not understanding its possible vulnerability over the product before releasing it in the stores.

But, while McDonald's will likely have to address the recall in its restaurants and produce a new successful promotion to bring some skittish customers back inside, the restaurant chain is already moving from the cloud of the recall. That is not so for Johnson & Johnson (JNJ, Fortune 500), which is still grappling with massive consumer and regulatory hurdles over the way its McNeil Consumer Healthcare unit has handled several recalls -- the last being the April recall of 136 million bottles of Benadryl, Motrin, Tylenol and Zyrtec for children and infants. Executives recently faced congressional grilling, while the FDA says it is now considering "seizure, injunction or criminal penalties" against the unit, which has been accused of trying to cover up manufacturing problems.

The danger for McDonald's may be a repeat performance of the Shrek mistake because, as Clarke Caywood, a marketing communications professor at the Medill Graduate School at Northwestern University, explains, "if McDonald's cannot sell toys or glasses that are safe, the consumer may logically assume the food product may not be safe."

Its last toy recall was way back in 2002, when the great "Chicago Bears Bobble Head" recall was brought under way. But that recall occurred at a point in time when such recalls seemed more the norm than the exception. Burger King (BKC) had a recall every year from 1999 to 2001, when it was joined by McDonald's, Wendys, Chick-fil-A, and Whataburger in the penalty box. In all, toy recalls at fast food chains accounted for more than 76% of the 9.4 million toys recalled in 2001, according to an analysis of toy recalls done that year by The Los Angeles Times.

Were the bad old days to return, no amount of PR potion would likely end the nightmare. McDonald's, at least, is hoping that's not the case.

Behind the 'phantom recall' of Motrin