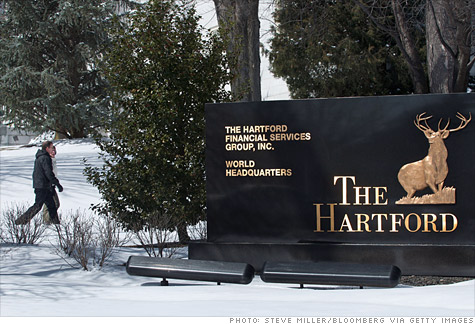 FORTUNE -- Back in 2009, when there was no market for securitizations and credit was still mostly frozen, a group of experts including Paul Volcker called for a return to an old strategy as a way out of the financial crisis: Start up another Resolution Trust Corp.

The RTC was a government-backed asset manager that unwound and sold all the problematic loans -- particularly real estate -- from troubled savings and loans in the 1980s. More recently, Elizabeth Warren, who scrutinizes TARP, warned that the commercial real estate market needs the government, "before the system is on the brink of collapse to work out a plan." (See editor's note.)

Yet even with big names behind these ideas and a big financial reform bill to stick them into, CMBS's have largely been left out in the cold. So the market has had to muddle through with its own strategies -- and while they haven't been a perfect palliative, they're not doing half bad.

Holders of commercial mortgage-backed securities -- which are bundles of loans on hotels, office buildings, malls and apartment buildings -- have found that unlike other asset classes, there are and were investors willing to buy and sell their holdings, essentially because they needed to, for returns or liquidity.

It hasn't been neat -- there are plenty of losses and will be plenty more. And the market is still working through old CMBS deals that are being marked down in value every day -- mostly through modifications to keep zombie loans alive until the economic environment improves.

More loans will be liquidated, too. About 40% of the $32.3 billion in loans coming due in 2010, for instance, were five-year loans created in 2005 with high leverage, according to research from J.P. Morgan (JPM, Fortune 500). Yet very few delinquent loans have been liquidated in 2010, perhaps because the holders of those loans believe they won't get as good a price by liquidating now. The worst loans were written in 2006 and 2007, and the predicted loss rate for those could be as high as 12% to 14% when they come due in 2011 and 2012.

CMBS: Not pretty, but not ugly

But a ragtag mélange of solutions created by free-market self-interest so far has prevented the widespread crash that many people expected. And those who have held on, waiting for better prices, have sometimes been rewarded. Life insurer The Hartford Financial Services Group (HIG, Fortune 500), for instance, sold $600 million of commercial mortgage loans in the first quarter of this year because, it said, market prices continued to improve.

Against this messy, ad-hoc backdrop, it seems odd to suggest that the CMBS market is doing well, but most investors agree that it's better off than it might have been, and that the worst of the crisis passed last year.

CMBS's were in a complete freeze in 2008 and early 2009. They weren't saved solely by government programs or a concerted "save CMBS" movement. Instead, a game of financial hot potato accomplished the necessary work of turning up the right buyers at the right times. Again, the prices weren't always right -- at one point, the "super-senior," highest-rated tranches were trading at a paltry 50 cents on the dollar -- but they reflected what people were willing to pay and represented a market nonetheless. That's better than RMBS, CDS and CDOs could ask for at the height of the financial crisis.

The green signal that gave the go-ahead for investment activity was the government's decision in March 2009 to open up TALF, the government's toxic-asset buying plan, to CMBS. It soon followed by opening the PPIP plan to investors. Together, these two moves didn't clean up many actual CMBS, but they did provide a go-ahead to many large institutional investors including hedge funds and money managers, who immediately started trading as much CMBS as they could. J.P. Morgan analyst Alan Todd calls this the "indiscriminate price discovery" phase of the CMBS recovery. We might call it "the market figuring it out for itself."

The way CMBS investors worked out the market was a kind of compartmentalization. They drew sharp lines. Some investors maintained an interest in highly rated triple-A CMBS tranches, which were and are still considered mostly stable with relatively high yields of around 6%, higher than U.S. Treasury bonds. Others took an interest in the more speculative, more troubled "B-piece," which carries with it lower ratings and greater chances of delinquency, but also provides the opportunity to push a loan into default and take control of the underlying real estate properties.

Each of the groups of buyers had its own motives: Insurers, for instance, normally like to own a lot of CMBS, because the insurers have long-term liabilities and look for long-term investments to match their policies. Hedge funds, which entered the market in a big way in 2006 and 2007 and are all but gone now, like to speculate. Money managers look for yield, and CMBS yields between 4% and 8% often beat Treasurys. Banks, similarly, either liked the relative stability of CMBS or got stuck holding the bag when they underwrote the loans and didn't sell them off in time.

Each of those groups also took some pain. The banks, we've heard about: When the crisis hit in 2008, the nine largest banks held $121 billion in CMBS, and several, particularly Wachovia, took big write-downs as values fell. Life insurers suffered write-downs of hundreds of millions of dollars. Hartford Financial, for instance - which recently sold that $600 million of CMBS - simultaneously upped its loan-loss reserves by $264 million, mostly because of CMBS losses.

The CMBS market's recovery, then, can be traced through the underlying shift in who was buying. Trying to judge who the real holders of CMBS are is challenging. Many values have dropped, which have caused banks and insurers to mark down the value of the holdings and therefore provide a skewed view of how much CMBS they might really own.

But market participants and analysts give some hints. The boom started in 2006, when life insurers, hedge funds and money managers bought 60% of all triple-A rated CMBS tranches. As demand grew, underwriting standards sharply fell as banks bundled more and more CMBS with less thought as to its quality.

In 2007 and 2008, hedge funds received margin calls and started selling, purging CMBS into the market. Life insurers and money managers, believing they could buy the CMBS cheap, snapped up some of the excess inventory. As the crisis deepened, those insurers and money managers ended up trying to sell to raise liquidity, but the only buyers at that point were those who were unwilling to use leverage, such as opportunity funds and macro funds, who drove hard bargains and drove prices as low as 50 cents on the dollar.

Hedge funds have now largely sold out, according to research from J.P. Morgan's Todd. Of the highest-rated tranches, called "super-dupers," or just "dupers," money managers are the biggest holders, with 40% to 45% of the total, and insurers own another 20%. The rest is owned by proprietary desks, macro funds and broker-dealers, his research shows.

More recently this year, there has been another trend that has focused interest on legacy CMBS. Another group of buyers has stepped in: real estate investors looking to control the underlying properties by buying into the CMBS, helping to choose the "special servicer" that extends the loan, and influencing the way the loan modifications work.

The biggest play in the future might well be CMBS investors trying to get close to these special servicers. There are 18 of them, including LNR Partners -- the largest, with $185 billion of exposure, according to Todd -- CWCapital Asset Management, Midland and Centerline. The servicer business is also attracting big investors, including Cerberus Capital Management and Warren Buffett.

Once the special servicers take over a loan, they can sell the underlying property, usually at a fair market value that is much cheaper than appraisal value. "You're not seeing money managers buying legacy CMBS; you're seeing real estate industry experts buy so that they can have inputs on the workouts of all of these loans," said Keith Mullen, head of the financial services industry group at law firm Winsted, and a founder of the commercial real estate blog toughtimesforlenders.com. Whatever the reason, the CMBS accidental, experimental, free-market, government-backed recovery, somehow continues.

-- An earlier version of this article stated Elizabeth Warren advocated for a commercial real estate bailout. The sentence has been changed to more accurately reflect her recommendation.