FORTUNE -- For a view as to where the world is heading, take a close look at automotive sales data coming out of the two largest markets, the U.S. and China. It is instructive -- and a bit frightening.

In the U.S., politicians and executives are patting each other on the back for having survived the recession of 2008-2009. At the same time they are hunkering down for what they call the "new normal" -- auto sales running at about two thirds of the 16 million units a year they got used to calling normal earlier in the decade. 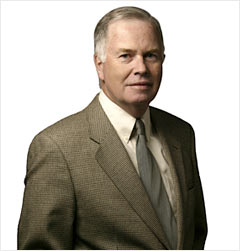 They didn't get much relief in July, as sales continued to sputter along at an 11.6 million unit rate. Edmunds.com analyst Jessica Caldwell called the month "disappointing," particularly in view of bullish forecasts.

China, meanwhile, continues to steam ahead at a remarkable rate, marking milestone after milestone. According to JD Power, car sales there are forecast to steam ahead this year by 20% and reach 15.6 million units.

The Chinese notched some important landmarks in their automotive history this week. Geely, the third largest independent Chinese automaker (i.e., one that is not affiliated with any Western producer) closed on its purchase of Volvo Cars this week from Ford (F, Fortune 500) and named Stefan Jacoby, an aggressive former Volkswagen of America president, as its CEO.

Geely founder Li Shufu, 47, the son of a farmer who got his start in refrigerator parts and motorcycles, has become known as the Henry Ford of China.

Like other automakers, Geely is benefiting from the remarkably buoyant Chinese economy. In July, sales of passenger cars rose 15.4%. China largely escaped the 2008-2009 recession, and auto sales there haven't had a down month since February '09.

Among the Chinese producers, there is a clear line between the haves and have-nots. 85 producers are making cars with 63 different brands. SAIC (SAI, Fortune 500), which partners with GM and VW, commands 20% of the market. It is followed by three companies closely grouped together: Changan, which is associated with Ford and Mazda; Dongfeng, a Nissan and Peugeot affiliate; and First Auto Works, which works with VW and Toyota.

BYD, frequently referred to as Warren Buffett's auto company following his $230 million investment last year, is the leading independent. (See editor's note at end of story.) Known for its battery technology, BYD has enjoyed rampant growth in the past four years, rising from fewer than 100,000 units to more than a forecasted 600,000 this year. After that, JD Power sees sales leveling off and market share falling.

Overall, no one expects demand growth China to continue at its fantastic rate, but JD Power sees the foundation being formed for a solid future. The Chinese have been savers, reluctant to part with their money, but government policies could put additional money in their pockets, which would facilitate more consumer spending.

"The government will use all the tools at its disposal to ensure the automotive industry remains one of the core pillars of growth," says JD Power's China Automotive Monthly.

The Chinese government continues to carefully monitor the economy, stepping on the gas and carefully applying the brakes. While it put limitations on bank lending to curb inflation, it has driven consumer protection by offering higher wages and richer benefits.

In the U.S, by comparison, President Obama continues to take criticism for helping General Motors and Chrysler through bankruptcy despite preserving, by his estimate, one million jobs.

Meanwhile sales in the U.S. continue to limp along. When fleet transactions are omitted, retail sales for the first half of 2010 were only 11.5% better than the same period a year ago, according to Edmunds.com.

Only six of the 37 makes traced by Edmunds increased sales for the first half of the year versus 2008.

July gave little reason for celebration. Ford and Chrysler made only single-digit improvements from last year's dismal performance. Ford just barely nosed out fast-closing Toyota to hang on to its status as the industry's second-largest seller.

GM's gain, reported at 6%, came only at the expense of higher incentives.

Edmunds.com reported that GM spent nearly $4,100 per vehicle in July, $200 more than a year ago, and nearly $1,000 more than Ford or Chrysler. When sales are counted for just its four holdover brands -- Chevrolet, Buick, Cadillac, and GMC -- they rose a more impressive 25%.

This in a year when automakers are supposed to be exercising restraint on production so they won't have to bribe consumers into buying cars.

Optimism is an impossible emotion to suppress, but if sales continue at this level into next year, the new normal may just become the plain old normal.