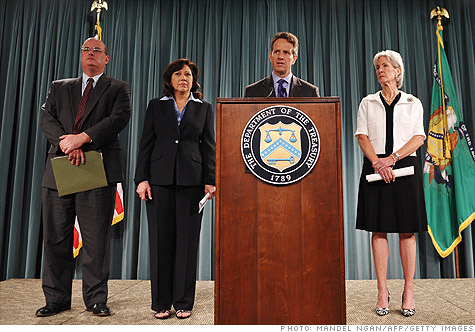 Maya MacGuineas is president of the Committee for a Responsible Federal Budget and director of the Fiscal Policy Program at the New America Foundation.

Bottom line: The program is running a deficit this year, and is projected to run growing deficits after 2015. But it will have money in the trust funds to pay full benefits until 2037.

Some maintain that the findings reinforce the claims that Social Security is basically on sound footing -- no need to rush to make changes and nothing a few minor tweaks won't fix. Others say the need to make changes has grown even larger.

I'm in the latter camp: Changes to Social Security must be made -- and the sooner the better.

The difference, in many ways, boils down to how you think about Social Security's "trust funds."

The trust funds hold the assets that have accumulated within Social Security from the annual surpluses the program has built up over the years. Right now, the funds (there is one for retirement and one for disability) have a whopping $2.5 trillion.

That's pretty fabulous news when looking at Social Security in isolation. The program can make good on all of its promises for a quarter of a century, first by relying on the interest owed to the funds, and then by redeeming the assets in them.

The big problem is the other side of the ledger. When Social Security runs a surplus, the extra money is used to purchase U.S. Treasurys, and the dollars are used to help finance the rest of the government, which is almost always running a deficit.

So when those assets to Social Security -- and liabilities to taxpayers -- come due, we have to find a way to raise the money, which has already been spent.

You know what that means: Raising taxes, cutting spending or borrowing. And because the downturn has drained Social Security surpluses more quickly than expected, that strain on the rest of the budget will begin even sooner.

But the entire federal budget needs to be rethought as the nation stares at the mountain of debt accumulated from years of our not paying our bills.

And the question is how?

Let the young pay it back

The unfortunate reality is that the trust funds proved to be ineffective at saving the money meant for Social Security in any economically meaningful way. Having used those Social Security surpluses as a slush fund for the rest of government has indeed complicated things.

First, it allowed Congress to keep all other taxes lower than it otherwise would have been. By using Social Security money to fill the gap, current and soon-to-be retirees got an effective discount on their share of the cost of government. By contrast, the responsibility for repaying the trust funds that they used is going to fall fully on today's younger workers. Not the best deal imaginable -- at least for those on the other side of the deal.

We urgently need to shift our attention to what to do to strengthen Social Security. There are a number of sensible solutions:

The rhetoric surrounding the issue is likely to heat up. Instead of trading accusations or competing over promises of what not to do to fix the program, policymakers from both parties agree that changes need to be made to strengthen Social Security and rebalance the budget. We should get started as quickly as possible.

After all, as the program trustees said: "The projected trust fund shortfalls should be addressed in a timely way so that necessary changes can be phased in gradually and workers can be given time to plan for them. Implementing changes sooner will allow the needed revenue increases or benefit reductions to be spread over more generations."

That is a point everyone should be able to understand.

When will you be able to retire?