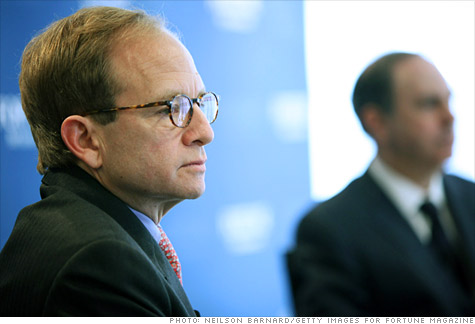 FORTUNE -- General Motors, fresh off two profitable quarters, is planning a public offering expected to raise as much as $16 billion. Does this mean election-year vindication for President Obama's much-maligned decision to take control of the Detroit automaker?

Maybe not. Watch for a round of late-summer political thunder as lawmakers latch onto the fact that despite this first step toward reducing a 61% government stake in the automaker, taxpayers still stand to lose billions on the bailout. "We never said we were going to be made whole," Steven Rattner, the investment banker who led the administration's restructure of GM and Chrysler, tells Fortune. "I think the administration would rather lose money and get out sooner."

"We saved a million jobs," adds Rattner, whose upcoming book, Overhaul, chronicles Washington's controversial foray into Detroit. "If the government loses $10 to $20 billion, that's one of the most effective stimulus programs around."

But GM's offering, filed yesterday with the Securities and Exchange Commission, is certain to come under blistering scrutiny from Capitol Hill. "If there are going to be losses we ought to know what to expect," says Iowa Republican Senator Charles Grassley, senior Republican on the Senate Finance Committee. "Even if we don't get back every dollar, we ought to make sure that we got back all that we could, and that there's honesty in how it's being handled."

Grassley has been particularly skeptical of any GM victory declarations since last spring. That's when the company made a much-trumpeted $6.7 billion payback of a government loan under the Troubled Asset Relief Program, or TARP. It quickly came out that the refund was, in fact, taxpayer-financed. Grassley denounced the move as "an elaborate TARP money shuffle."

Earlier this week Grassley sent a letter to Neil Barofsky, the Treasury's special inspector general in charge of TARP who had revealed that detail, demanding assurance that the Obama administration and GM "are taking the steps necessary to ensure that the IPO results in the highest possible return for the American taxpayer ... Hopefully, when the dust settles, the taxpayers will not have lost billions on GM."

Billions? Try tens of billions. For this IPO to come close to covering the taxpayer investment, GM's market value would need to exceed $70 billion, according to Wall Street estimates. Not surprisingly, there are concerns being raised that even this initial foray is premature, possibly depriving taxpayers of a higher return. The company has had only two quarters of profitability and capital markets remain tumultuous.

Rattner, co-founder of the private equity firm Quadrangle Group, acknowledges that GM is not exiting at the top. "It's a tad early" for an offering, he says, though he points out that he doesn't expect the actual offering to take place until mid-November. "The IPO market is terrible at the moment," he says. "It's a pretty suboptimal time to go public."

When Rattner parachuted in to help save GM in February 2009, the idea of an IPO was a far off one. The White House was more worried about getting an assisted bankruptcy into place to save the company (and its jobs). Rattner left the panel advising the White House in July and has since come under investigation by the SEC for alleged involvement in a pay-or-play case involving New York pensions. GM, meanwhile, began a laborious rebirth under CEO Ed Whitacre. Its IPO prospectus shows that last quarter was the best it had had in the last six years.

Now, Rattner sees two sources of pressure for this early offering. One is the White House, where the President's top economic adviser, Lawrence Summers, harbors a passionate desire to get the government out of the business of making cars. "His view always was, 'Yes, we want to do well by the taxpayers, but it's more important to get the government out of the private sector'," says Rattner. "He believes that [government intervention] is a Pandora's Box, that one of the things that makes America a great country is that we stay out of industries."

The second source of pressure for an early IPO, Rattner says, has come from within the company itself. Outgoing CEO Whitacre Jr. "believes fundamentally that government ownership was hurting car sales." "I don't see that myself, but he may be right," says Rattner.

No matter how big the turnaround at the carmaker, the Detroit rescue -- like the bank bailouts-- remains hugely unpopular with voters and has helped fuel a populist, anti-incumbent backlash this election year. Angry voters watched President Obama fire GM's CEO, put government officials in charge of overseeing the company's restructuring, and bring the total taxpayer tab to $50 billion, including a bridge loan approved by President Bush.

A successful IPO, even if it happens after the election, can help the White House make the case that its formula for Detroit worked -- unless, that is, voter start asking the question, as investors profit: "So, how much will this end up costing us?"