FORTUNE -- Last week, eight senators rallied a call to scrutinize one of China's biggest telecommunications equipment manufacturers, Huawei Technologies. Company executives are bidding to sell equipment to Sprint Nextel (S, Fortune 500) in the United States, but in an Aug. 18 letter to top Obama administration officials, senators asked for a deeper look into the deal in the name of national security.

Citing media reports, a press release from the Chinese Embassy in Iran and other documents, senators expressed concerns over claims that Huawei had sold equipment to Saddam Hussein's regime, had a close business relationship with the Islamic Revolutionary Guard in Iran and had ties with the People's Liberation Army in China. 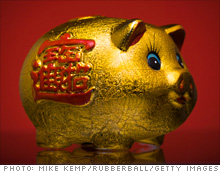 This isn't the first time lawmakers have given Huawei a very public grilling. In 2007, Bain Capital Partners' announced a joint venture with Huawei to acquire 3Com. A deal never went through as the companies withdrew the bid following national security concerns.

It is perfectly appropriate for the U.S. government to evaluate the flow of foreign investments through its Committee on Foreign Investments. In the past, the committee has rarely come up with negative findings and the majority of investments typically move forward, says Ken Lieberthal, director of Brookings Institution's John L. Thornton China Center. Lieberthal wonders if some lawmakers have chosen to add unnecessary publicity to the review process that could end up scaring off Chinese investors from putting their money into the U.S.

We've seen this movie before. In 2005, China National Offshore Oil Corporation, one of the country's three major state-owned oil companies, faced fierce opposition from US lawmakers when it made a bid to take over U.S.-based Unocal Corporation. CNOOC withdrew plans amid a political firestorm fanned by national security concerns.

"That was a searing experience for the Chinese side," Lieberthal says. "This created the impression that Chinese capital was not welcome in the U.S."

Nevertheless, Chinese investments into the U.S. economy have jumped steadily in recent years, although not quite as high as the peaked level Japan saw in 1991. In 2009, Chinese companies announced new direct investments in the U.S. of nearly $5 billion as reported in Fortune's May cover story. This is a marked increase for China, which during previous years averaged about $500 million annually.

It's anybody's guess how Huawei's latest investment plans could pan out. The national security issues lawmakers including Senator Jon Kyl of Arizona and Christopher Bond of Missouri have raised deserve a solid review. However, it's also clear that the tone of their concerns needs to change if the U.S. will attract investments from the country that now has world's second largest economy. China must see investing in America as a worthwhile business venture -- not a risk-filled project that will all too likely make embarrassing headlines. Perhaps it's time we do the same.

The senators Fortune contacted could not be reached for comment on the letter. But we had several points to bring up with them about seeing Chinese investment in a different light:

With unemployment hovering at an uncomfortable 9.5% and an economy facing lackluster growth, Chinese investments have the potential to create thousands of new jobs. Take for instance China's Anshan Iron and Steel Group Corp. The company wants to buy a small stake in a $175 million rebar facility under construction by a U.S. start-up called, Steel Development Co. in Armory, Mississippi.

But a group of 50 U.S. lawmakers have called for an investigation into the deal, saying that it threatened U.S. jobs and national security. Steel Development Co. has defended the Chinese investment and pointed that it could create about 1,000 construction jobs and more than 200 permanent manufacturing jobs once the facility is done.

"The combination of successful Chinese investments in Minnesota, South Carolina, North Carolina, Kentucky, and elsewhere combined with the global recession, have made Americans generally receptive to Chinese investments that creates jobs, as long as investors abide by U.S. law and practice and are not seeking acquisitions in military sensitive areas," says David M Lampton, China studies director at Johns Hopkins University.

2) It's (properly) already hard for China to do business in the U.S.

While Chinese firms see the U.S. as an attractive place to do business, executives also think it's an incredibly risky venture.

Chinese companies that decide to move or expand into the American marketplace know that the business environment is more mature but also highly legalistic, with stacks more regulation on everything from labor regulations to workplace safety.

Adjusting to a new regulatory environment is hard enough. Expecting Chinese companies to deal with elected officials making a political case out their dealmaking creates an unnecessary barrier to doing business.

Indeed, China's marketplace has all sorts of quirks that give the country an unfair advantage over other economies, including an artificially low renminbi. Evening that out, the political storm that erupts when a Chinese company wants to invest in the U.S. is almost comparable to an unofficial tariff.

3) A measured stance would give the U.S. more negotiating power and improve diplomacy

The interest that Chinese companies have shown in investing money in America could suddenly give officials on Capitol Hill more leverage when it comes to negotiating trade issues and economic policies with its East Asian neighbor, China expert Dan Rosen told Fortune in May.

The U.S. already depends a lot on China for everything from clothing to electronics. Even amid the world's economic uncertainties, exports from China to the U.S. in July rose 38.1% to $145.5 billion, widening the trade surplus with the U.S. by 46% to $28.7 billion. And though China has cut its holdings on U.S. Treasury notes and bonds recently, it's still America's largest creditor next to Japan. As of July, China held 10% of the $8.18 trillion in publicly traded U.S. debt.

At the same time, China has huge stakes in the U.S., as it overwhelmingly depends on U.S. demand to drive its export-led growth. Encouraging Chinese investment could only help America's negotiating powers by giving China an even larger interest in the US economy. It might just give U.S. lawmakers that extra edge to smooth issues (from human rights to tariffs) between East and West.

"I lived in Ohio in the 1970s and 1980s, when Japanese automakers were investing in what we then called the rust belt -- that investment not only created employment that was welcome, but it also helped diffuse trade tensions with Japan," Lampton says. "The Chinese are taking a page from the Japanese playbook."

4) It doesn't matter. Regulators will do what's best

It's pointless for U.S. lawmakers to make huge public stinks over national security concerns. While these are valid issues that need to be thoroughly addressed, they are mostly a sideshow. U.S. regulations will ultimately dictate how Chinese companies behave in our markets. And more importantly, they will decide whether these companies have the bona fides to operate in the U.S.