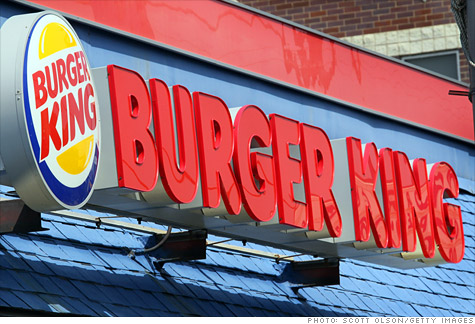 FORTUNE -- It's not yet clear what Burger King's new owner, the Brazilian-backed private equity firm 3G Capital, has in mind for the troubled No. 2 fast-food chain. But a total strategic revamp is in order.

Burger King (BKC), which went public four years ago after its previous private equity owners cashed out, has limped its way through the recession, losing sales and market share even as its far-better-managed rival, McDonald's (MCD, Fortune 500), has thrived. Thriving is what fast-food purveyors are supposed to do during a recession, when diners tend to trade down. But Burger King has stubbornly stuck to a losing strategy, falling further behind with each passing quarter. The result: A loss in share value over the two years up until Tuesday -- just before rumors of the buyout started to float -- of 36%. McDonald's shares over the same period rose 14%.

McDonald's has deftly played the recession in part by offering plenty of value options while also offering some high-margin, premium (but still affordable) items, like the Angus burger, smoothies, and a new line of high-end coffee drinks.

Burger King has tried to do the same, employing what CEO John Chidsey calls a "barbell" strategy -- offering both low-cost and premium items. On the value side, Burger King has insisted on offering $1 double cheeseburgers, hoping to make up the difference by selling fries and drinks. Not only did this enrage franchisees -- who own 90% of the chain's stores -- it also failed miserably. Franchisees filed a lawsuit against the company, complaining that they were being forced to sell burgers below cost and that Burger King was out to boost revenues at their expense in an effort to please Wall Street.

It didn't. After Burger King announced last week that its fourth-quarter earnings fell 17% and that same-store sales for the year were down 3.9% in North America, the Miami Herald reported that although value meals helped increased traffic, the average check fell as the low-priced items made up an increasing share of revenues.

Failure on both ends of the barbell

It seems people weren't buying nearly enough fries and drinks to go along with their loss-leader double cheeseburger.

Nor, for that matter, were they buying enough of Burger King's premium items -- the other end of the barbell. Early this year the chain offered an answer to McDonald's successful Angus burger -- the Steakhouse XT, which is a bit larger than the Angus but is priced the same at $3.99. In May it introduced Fire Grilled Ribs, the eight-piece combo-meal version of which costs $8.99 -- a ridiculous price for a ridiculous meal.

Even Burger King seemed to know the concept was ludicrous. It ran TV spots where a guy says "Ribs from a fast food joint -- what a joke," whereupon another guy wearing a pig head and wings seems to fall from the sky to squeal, "No, they're reeeaal." The pig doesn't say whether it's a good idea to buy ribs from a drive-through window as opposed to from a napkin-laden table at a barbecue joint.

The ribs are part of Burger King's strategy of relying heavily on its core customers: young men. Through its sometimes clever, but often stupid TV spots, the chain markets itself as a place for young dudes to fill their bellies to the brim.

But besides blaming the economy in general for its woes (a disingenuous stance), executives last week noted that young men have been hit particularly hard by the recession, as jobs in manufacturing and construction have vanished. Nevertheless, the company has doggedly pursued the demographic, even as McDonald's has carefully constructed its menu to appeal to a wide range of people with a wide range of tastes -- families, professional women, executives on the go, as well as young men.

Meanwhile, Burger King franchisees are spending big to take part in Burger King's massive, chain-wide remodeling program. The plan calls for all 12,000 worldwide stores to be fitted with rotating chandeliers, electronic-screen menus, and walls of brick and corrugated steel. The cost is reportedly between $300,000 and $600,000 per store.

It's all very confusing for the fast-food consumer. Burger King, even while positioning itself as the place to procure sacks of cheap burgers to be eaten on the run, also seems intent on also competing directly with "fast casual" chains like Chipotle (CMG) and Panera (PNRA), and even with straight-up, sit-down restaurants like Applebee's.

McDonald's, meanwhile, is offering premium, high-margin products, but without shedding its fast-food identity. Everything it sells -- the premium stuff, the healthy stuff, the coffee -- is affordable and convenient. And while it, too, is upgrading its stores, it's not trying to make them look like anything other than McDonald's outlets, where you can grab what you need and be on your way.

It will be interesting to see what the new Brazilian owners will make of Burger King's grandiose vision. Chidsey will step down as CEO, but will remain as a co-chairman along with Alex Behring, 3G's managing director. Supposedly they'll work together to find a new chief.

So far, a few dozen outlets have taken part in the remodeling. While the revamped stores, according to the company, have boosted sales by 12% to 15%, 3G will be looking for ways to cut costs (as is the wont of PE shops) as well as cheaper ways to boost the top line. Of course, 3G has promised to invest big in the chain, but given that it's paying $4 billion, or $24 a share -- a 46% premium to its share price earlier this week -- the new owners will have to show much more care in deploying such investments than Burger King has during its four-year life as a public company.

The future is now: Adventures in advertising