What happened to Europe's collapse? 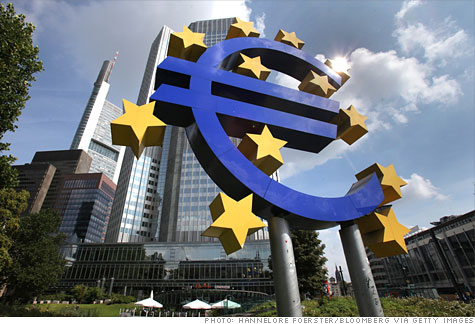 FORTUNE -- Sherlock Holmes said it best. In Arthur Conan Doyle's classic story "Silver Blaze," about the disappearance of a champion racehorse, there is an exchange between a Scotland Yard detective and Holmes:

"Is there any point to which you would wish to draw my attention?" asks the detective. 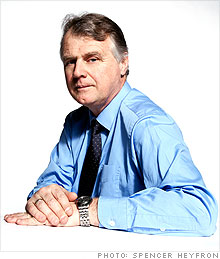 "To the curious incident of the dog in the night-time," replies Holmes.

"The dog did nothing in the night-time," says the detective.

"That," says Holmes, "was the curious incident."

Europe, this summer, has been curiously full of dogs doing nothing. Just a few months ago, in the wake of Greece's sovereign-debt crisis and the long, muddled response to it by European political leaders, it was common to hear dire predictions about Europe's economic prospects. Pundits declared that the euro -- the currency shared by 16 countries -- was fundamentally flawed; economies that differed widely in competitiveness could not indefinitely have a common monetary policy when they neither shared a common labor market nor kept to agreed-upon rules on fiscal policy. The euro was bound to continue its recent fall against the dollar. Europe's highly indebted economies -- the famous PIIGS, or Portugal, Ireland, Italy, Greece, and Spain -- could satisfy the bond markets only if they made drastic budget cuts and reformed their sclerotic labor markets, which in turn would lead to massive public resistance and political crises.

Yet here we are, as the evenings lengthen, and ... no dog has barked. The euro has been strengthening against the dollar. Europe's political commitment to the single currency remains as strong as ever. There has been remarkably little labor unrest in Greece since the spring, nor in Spain, where the government adopted a tough austerity package that included wage cuts for public servants. In Britain the new coalition government has set out radical proposals for tax increases and expenditure cuts designed to shrink the public deficit from 11% of GDP now to 2.1% in 2014-15. Yet Prime Minister David Cameron remains popular, with Britons willing, it seems, to happily trade a silk jacket for a hair shirt.

There is, of course, an easy explanation for the apparent acquiescence in European public opinion: summer! Europeans had the World Cup to enjoy in June and July, and always have better things to do in August than hold protest marches against austerity. Now that everyone's back from the beach, we'll see the political backlash, right?

I'm inclined to think not. The truth is that the European economies are doing better than expected. Everyone knows about Germany's stellar performance this year, with an unemployment rate now lower than it was in summer 2008 (in the U.S. it is 3.5 percentage points higher), while growth in the second quarter was the best quarterly figure for 20 years.

But there are some bright spots in Europe's peripheral economies too. Consider Ireland. Given troubled banks, a debt downgrade, and high unemployment -- the July rate of 13.7% was the worst since 1994 -- you might think there was no good news there. But Barry O'Leary, chief executive of IDA Ireland, the nation's investment agency, says that there has been a significant "repricing of the economy" since the Great Recession bit. In 2009, Irish public sector pay was cut as an austerity measure, and O'Leary says private sector salaries have followed suit, with reductions of 10% to 15%. The IDA is now once again seeing investors who want to develop manufacturing capabilities in Ireland, the sort of labor-intensive operations that had lately seemed destined to always go Asia's way.

I don't want to sound as if my brain's been addled by too much time on a sun-kissed Greek beach. (I wish.) It's the easiest thing in the world to trot out the challenges that face Europe over the coming decades: aging populations and inflexible labor markets; the need for the German export powerhouse to expand domestic demand; distinct national consumer preferences and regulatory regimes that stop companies from taking good ideas to a global scale -- that list has been the same for 20 years. And so has this truth: Europe remains the world's most populous area of widely distributed prosperity, long life, and good health. They're doing something right over there. Long may the dogs not bark!

--Michael Elliott is the editor of Time International.