Thieves will cost you $423 at the mall this year 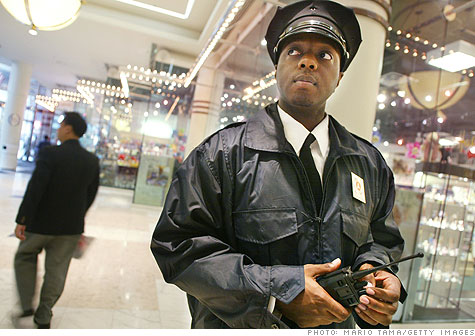 American families will have to tack on an extra $423 to their shopping bill this year because of retail theft. By Parija Kavilanz, senior writerOctober 19, 2010: 12:15 AM ET

Despite the eye-popping figure, losses were 6.8% lower from the prior year. Still, those losses are passed on to consumers.

Bamfield said the decrease in retail crime in the U.S. correlated with retailers boosting security spending by 12.5% this year.

The annual report identifies top trends in retail crimes in 42 countries, including the United States, China, India, Europe, Japan and Australia. The report was based on a confidential survey of 1,103 large global retail companies.

Organized retail crime involves a "gang" of people who steal entire shelves of products such as beauty care items, baby food and trendy jeans -- not for their own personal consumption -- but to resell them for a nice profit.

The report showed 47.8% of sellers reported a rise in losses from this kind of crime in 2010, compared to 35% last year.

Thieves bagged a wide range of items, but tended to focus on expensive, popular branded items, including perfume, cosmetics, even deodorants.

"Criminals also loved anything with the 'Apple' logo," said Bamfield. He also noted an increase in theft of pharmaceutical products, either for resale or for illegal use.