FORTUNE -- One narrative of election year 2010 was shaped long before any votes were tabulated. President Barack Obama penned the first chapter with his January condemnation of a Supreme Court ruling that lifted government prohibitions on spending by corporations in elections. The 5-to-4 decision in Citizens United v. Federal Election Commission "strikes at our democracy itself," he said. Democrats and the media followed with tales of horror and fright, warning of corporate super-PACs and foreign donors. You could practically hear the theme from Jaws rumbling in the background.

But if American democracy really is being threatened by special-interest dollars, let's pose this question: Why -- after a decade of "reform" -- is there more money being spent, more outside electioneering, more negative advertising? Could it be because Washington's attempt at regulating campaign finance, treated as a sacred cause by editorial pages, has only led to absurd consequences? 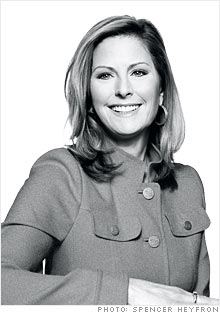 Anyone who has been around Washington politics long enough can't avoid this truism: Election-year money is like a rushing river that invariably finds cracks in any dam the reformers erect. In 2002, Congress passed the McCain-Feingold campaign reform law to stop the flow of corrupting special-interest money -- uncapped donations known as "soft money" -- going to political parties.

The result: Special-interest money, from the right and the left, flowed through a widening crack in the dam in the form of tax-exempt 527 and 501(c)4 organizations that took over much of the historical role of the parties, from messaging to getting out the vote. The voices of the national parties, now subjected to the McCain-Feingold limits, and candidates, operating under strict donation caps, are increasingly drowned out. "I approved this message" (a McCain-Feingold requirement) is a joke when it applies only to advertising produced by the candidate, a fraction of what voters actually watch.

Into this imbalance came the Supreme Court's 2010 Citizens United ruling. As constitutional scholar Floyd Abrams recently wrote in the Yale Law Journal, campaign finance reform is considered so sacred that any ruling like this was bound to be unpopular. The Citizens United decision "was treated as a desecration," Abrams notes, even though Justice Anthony Kennedy, writing for the majority, likened the overturned restrictions to suppression of political speech in newspapers, books, and television.

The Citizens United ruling did not invent special-interest spending; it enables corporations and unions to advocate directly on behalf of a candidate, rather than running more subtle "issue ads." Nor did it produce the phenomenon of undisclosed donors, as White House officials repeatedly assert. "Such expenditures were lawful (and routinely occurred in significant amounts) prior to Citizens United," Abrams notes.

Nor is the ruling likely to enshrine a permanent tilt in favor of Republicans. (Where was all the media hand-wringing when money from unions and wealthy individuals was gushing on behalf of Democrats in 2006 and 2008?) Campaign money follows the intensity gap -- which is on the Republican side this year but was on the Democratic side in the past two elections.

One popular media theory (propounded in the New York Times) holds that a cabal of conservatives is conspiring to destroy campaign finance reform. On that note, let's end with this final absurdity. Before Citizens United, there was a circuit court ruling that threw out restrictions on 527 groups. Liberal reformists wailed that this decision would pose a threat to democracy. And indeed, campaign finance lawyers say the ruling encouraged conservative donors (nervous after being investigated and slapped with fines) to get back in the outside-expenditure game this year.

Who sued the Federal Election Commission for relief? Emily's List, an influential liberal group that gives money to pro-choice women. Who was Emily's List's lawyer? None other than Bob Bauer, now White House counsel to a President whose preferred campaign-trail activity was to condemn outside expenditures by groups like the Chamber of Commerce. Says one lawyer: "You can't make this stuff up."

On the campaign trail, financial reform is taboo
Subscribe to Fortune
First Published: October 29, 2010: 7:22 AM ET