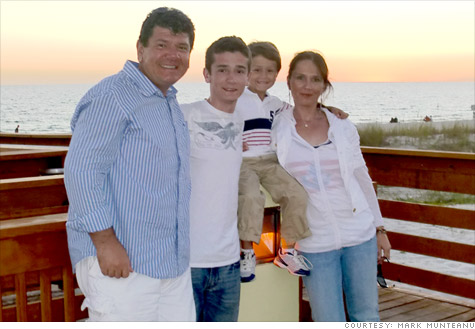 DETROIT (MONEY Magazine) -- Trained as an engineer, Mark Munteanu moved to the Detroit area from his native Romania in 1996, exactly as his brother, Gabriel, also an engineer, had done a year earlier. The U.S. was Mark's "dreamland."

And he made a good living working for the Motor City's automotive firms -- until November 2008, when he was laid off from his job at a seating manufacturer.

Soon after, he attended a job fair held by a military-vehicle manufacturer. "They had 100 positions open, and there were 8,000 people there," says Munteanu. "It was utterly a nightmare."

For the past year MONEY and its sister Time Inc. magazines have chronicled how Detroiters, such as the Munteanus, are coping with what's happened in and around their hometown.

You may have encountered similar, if less daunting, challenges in the recession and so-called recovery, or you may well indeed down the line. The smart, realistic strategies laid out here can help you get going when your personal economy gets tough.

The experience at the job fair got Munteanu thinking beyond Detroit.

Searching online, he found a contract job with airplane manufacturer Airbus in Mobile. "When I saw this chance, I said, 'I have to take it.' I don't know when I'm going to get it again."

At first, he was flying back and forth between his family in Michigan and the job in Alabama. But soon the position became permanent, and Munteanu's wife and two sons joined him down South.

It was tough to leave his brother, who remains employed in Detroit. And he's not happy that his Michigan house remains unsold. But, says Munteanu, "I took it like a new challenge in my life."

Remember, you've done this before. Major change is psychologically difficult anytime. Ironically, when you're dealing with a job loss, you may have the strongest urge to stay put in your current location or career field.

"It's twice as hard to let go of the rest of your support structure," says David Lewis, an executive at the staffing firm Express Employment Professionals.

His advice: Recall another time when you've made a big move to remind yourself that you're capable of adjusting. That kind of thinking helped Munteanu make the transition: "I moved from Romania to Detroit. Shouldn't I have the courage to leave Detroit for a better life?" he asks.

Blend in with the locals. Even when you're willing to move on from a city where your opportunities have faded, you face big practical barriers. Out-of-town candidates typically don't get past the first round of screening, as hiring managers don't want to deal with logistical hassles, says Lewis.

Thus, Lewis suggests not including your address or the location of past jobs on your résumé. Or tap into your network to help get special consideration of your application; Munteanu had an Airbus engineer he'd met at a conference put in a good word.

Don't get stumped by "sunk costs." Aversion to loss doesn't just make you cling to the familiar, it also messes up your internal calculators.

Most of us are more susceptible to the sunk-cost fallacy -- the notion that past investments commit us to future ones. That's why a blackjack player says to himself, "I won't get up from the table until I win back the $200 I'm down," why it's so hard to dump a losing stock, and why the prospect of selling your house at a loss might prevent you from taking a better job in another city.

While Munteanu was able to avoid getting bogged down in the sunk costs of his unsellable home -- "I don't see my future being tied to a house," he says -- few people can be so unemotional in assessing their own situations.

So pretend you're giving advice to a friend, instead: Would you suggest he throw good money after bad, or move on to better prospects?

Lesson from Detroit: Buy a house

Lesson from Detroit: Buy a business