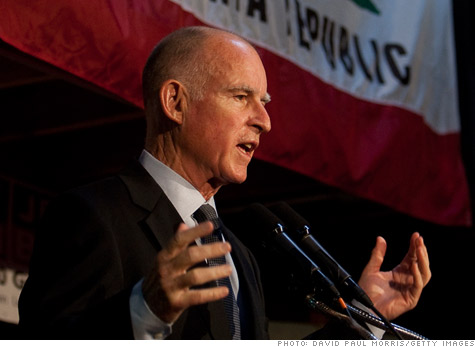 NEW YORK (CNNMoney.com) -- Thanks to voters, alcohol will no longer be taxed in Massachusetts. Candy won't be subject to a levy in Washington anymore. And California drivers won't have to pay a proposed $18 fee to fund state parks.

State residents aren't feeling very generous these days, even though now is when government officials say they need the tax money the most.

While some of the most radical tax cutting efforts failed, plenty of smaller but still consequential ones garnered plenty of support at the polls on Tuesday. This will make it more challenging for state officials to close budget gaps, which total $140 billion for the fiscal year starting July 1.

"At a time when revenue is so scarce and depleted, it's not going to be an easy path for legislators and governors," said Sujit CanagaRetna, senior fiscal analyst at the Council of State Governments.

The results at the ballot box show that residents feel states can make further cuts to spending before they turn to raising taxes, said Joseph Henchman, director of state projects at The Tax Foundation.

I spent a gazillion dollars and still lost the race

"They don't seem to think that spending has been cut to the bone," he said.

Voters unraveled state officials' attempts to raise revenues through taxes and fees. Here are the effects in three of the most-impacted states.

The measure would have raised $500 million for the severely cash-strapped state coffers and would have allowed California to spend an additional $250 million on its extensive parks system. And it would have freed up $200 million that lawmakers could have directed elsewhere.

More than 58% of Californians who went to the polls opposed the proposal.

In addition, residents made it harder to enact certain fees, requiring two-thirds of lawmakers support an increase, rather than just a simple majority. Nearly 53% of voters approved this proposition.

Incoming Governor Jerry Brown got the message loud and clear.

"If an $18 measure to benefit state parks was defeated that resoundingly, then the people of California are not in the mood to reach deeper into their wallets," said Sterling Clifford, Brown's campaign press secretary.

But, Clifford said, this mean there will have to be further belt-tightening.

Massachusetts: Voters repealed a 6.25% tax on alcohol that was put in place in 2009. Advocates for the repeal said it hurt small businesses that sell wine, beer and liquor and wasn't fair because the state already imposes an excise tax on alcohol.

About 52% of voters supported the measure, which was heavily supported by the liquor industry.

The tax, which Gov. Deval Patrick estimated in his fiscal 2011 budget would generate $100 million, was being put toward addiction control services, smoking cessation and prevention program, child nutrition initiatives and other health efforts.

Washington: Voters made it clear they don't want to pay sales tax on candy. The initiative, which passed with a 62.4% vote, also ends a temporary sales tax on some bottled water and a temporary excise taxes on carbonated beverages. It also reduces tax rates for certain food processors.

The taxes, which became effective June 1, will expire on Dec. 2.

State lawmakers will now have to find a way to replace the $352 million these levies would have raised over five years. Meanwhile, local officials will lose $83 million in taxes.

The state is facing a $520 million budget gap for the current fiscal year and will have to deal with a whopping a $4.5 billion shortfall for its next spending plan, which starts July 1.

"The additional cuts we will have to make due to this loss of revenue will have significant consequences," said Gov. Chris Gregoire.