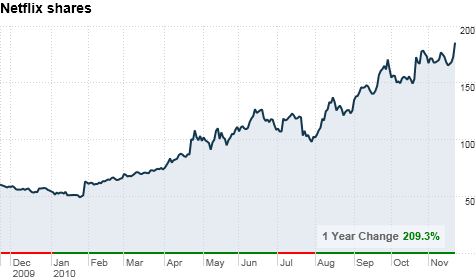 The new plan, priced at $7.99 per month, allows customers to instantly watch unlimited TV episodes and movies streamed to a computer or TV. The option includes no DVD rentals, and will take effect immediately.

"We are now primarily a streaming video company delivering a wide selection of TV shows and films over the Internet," Reed Hastings, Netflix co-founder and CEO said in a statement.

While Netflix continues to ramp up the number of titles available to stream, not every program is available, a tripping point for users who prefer the instant streaming service, but want access to the entire Netflix library.

Netflix shares are up more than 200% since January, and rose nearly 8% in early trading Monday.

Hastings was recently named Fortune's Businessperson of the Year.

The man who became Fortune's Businessperson of the Year

Stream this! How Netflix chooses for you