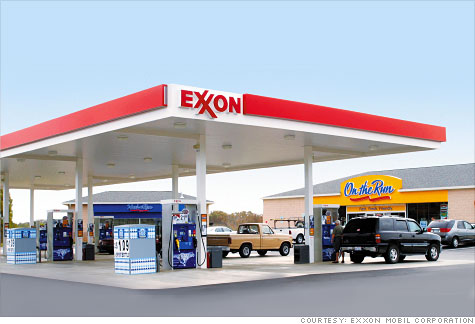 FORTUNE -- You know the major players in big oil -- Shell (RDSA), Exxon Mobil (XOM, Fortune 500), BP (BP), Chevron (CVX, Fortune 500) and a handful of other fuel goliaths. Soon though, it might be time to add China to that list. The country's national oil companies are starting to gain ground with the majors.

The tension between national oil companies gaining strength and big multinationals hasn't really come to a head yet. But there could be obstacles on the horizon for big companies such as Exxon Mobil that need to partner with the national companies tied to the last big oil reserves.

China is one of the countries that's stretching the traditional multinational vs. national oil company paradigm. Over the past ten years, national oil companies, or NOCs, have gained strength. China's NOCs have grown powerful, purchasing plays across the globe to gain a wide range of fuel assets, and also, for the experience of managing large projects.

They haven't caught up to the majors in terms of experience. China's NOCs are relative latecomers to the international oil business, according to a recent Brookings report, and they can't bring the same pedigree to a major exploration project as a company like Exxon.

But they can offer initial capital. The Chinese government wants to compete with international oil companies, partially because it wants to secure a fuel source for its huge and growing country and partially for the sake of encouraging development of strong Chinese fuel companies.

Many of the bids that Chinese NOC's are making don't threaten multinational turf yet, the Brookings report says. China has gone into Sudan and Ecuador-areas that multinationals largely backed out of because of political instability.

But the issue comes to a head in places such as West Africa, says Allen Good, an analyst with Morningstar. If anyone is poised to partner with governments, Exxon is, he says. But, "the biggest threat to Exxon-and even Chevron and Shell-is what you have coming out of China. '

Chinese NOCs such as CNOOC and Sinopec, he says, can float financing to the government. Whereas, "Exxon doesn't necessarily for the leeway to do that kind of thing."

ExxonMobil has to be more conservative while trolling for assets. "One of the most fundamental pieces of the puzzle is the stability of the laws and regulations and the respect for sanctity of contracts," says Alan Jeffers, a spokesman for ExxonMobil. He adds, "it's our shareholders money that we're investing."

Some Chinese NOCs are publicly traded also, but strong backing from the Chinese government can warrant a different investment strategy than those used by multinationals.

"The Chinese themselves do not have an abundance of hydrocarbon reserves," says Bob Orr, leader of consulting firm Oliver Wyman's oil and gas practice, and the country wants securing fuel sources for its development. "There's a pressure there that you would see less of than, say, in the Middle East or even in Brazil."

But China and other countries tied to NOCs that are making international acquisitions may offer smaller NOCs something that multinationals can't, Orr says. Small exploration and refining companies could be interested in the benefits that come with partnering with the governments of countries, he says, such as reciprocity in certain markets.

Still, it will be a while before Chinese NOCs have anything close to a multinational's resumé, which counts for a lot.

Just look at what Exxon did in Qatar. "They've gone from no liquid natural gas exports to the leading LNG exporter in the world in ten years," Jeffers says. Not only does Qatar lead the world in exports of liquid natural gas, but the has the infrastructure to transport and sell the fuel, mostly thanks to Exxon.

In this case, the multinational was a good fit, thankfully for the company, since these exploration and production agreements often last for decades. But China is edging onto the scene, with the agility to make riskier investments and some pressure to secure a national fuel source-a stressor that would be foreign to a multinational company.

China will probably only grow stronger as an energy player in the coming landgrab for the next big oil reserves. The question is whether the country's NOCs will catch up in skills and resources fast enough to threaten companies like Exxon that have always ruled the integrated oil market.