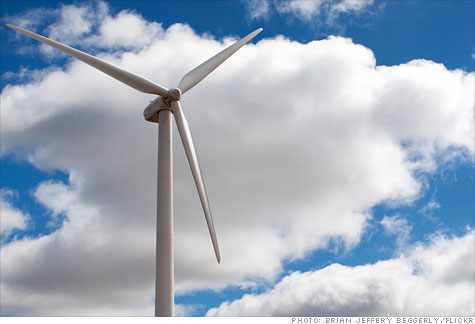 FORTUNE -- The devastating earthquake and subsequent tsunami last week has claimed an untold number of Japanese victims, but there's one casualty in the U.S. that won't go down without a fight: the nuclear power industry. The resulting damage to one of Japan's nuclear power plants has resurrected old debates about the safety and soundness of nuclear technology and its ability to be used as a viable power source.

But even if nuclear power plant construction costs rise as a result of this incident, the economics of power generation still favor a mix of energy sources that include nuclear. Renewable sources of energy, like wind and solar, while recently becoming more cost-competitive to nuclear energy (thanks in part to generous government subsidies), are still unable to efficiently generate enough power to keep the lights on and fully replace nuclear power in the United States just yet.

The possibility of multiple reactor core meltdowns at the Fukushima nuclear power plant has captured the world's attention. We don't yet know if this will become another Chernobyl -- what we do know is that no matter happens, it is a public relations disaster for the nuclear industry.

In Germany, plans to overturn a directive that would have kept the nation's 17 nuclear plants from being closed in the coming years were placed on hold for three months. Switzerland said that it was suspending efforts to keep three of its nuclear plants operating, while the European Union announced that it wants stress tests performed on all of its 143 nuclear reactors in response to what the EU's energy chief said was an "apocalypse" in Japan.

In Washington, the Republicans, who have traditionally championed nuclear power, have been pretty much silent on the news. But some liberal Democrats, like Rep. Ed Markey from Massachusetts, have called for a moratorium on nuclear plants in earthquake prone areas of the country, while Senator John Kerry, the Democrat from Massachusetts, went a step further and called for all nuclear power plant construction to be halted immediately.

This has put the White House in an awkward position. The Obama administration has earmarked $36 billion in its 2012 budget to help finance the construction of several new nuclear plants across the country. That's in addition to the $18.5 billion in funds that were earmarked by Congress back in 2007, of which $10.2 billion remains unspent.

In total, it looks like the US government has placed a $55 billion bet on an industry that could meltdown thanks to the Fukushima incident. President Obama has reiterated his support for nuclear power since the disaster struck, but that could change quickly, putting that $36 billion top-up to the industry in jeopardy. Republicans vow to slash line items in the budget, but the nuclear issue has not been their primary target, yet. As for the general public, it doesn't see the need for government support for the industry. An opinion poll conducted by the Wall Street Journal and NBC News released on March 3, before the incident, found that financial support for the nuclear industry was the single most popular possible budget cut, with 57% agreeing.

It wouldn't take much to let the nuclear industry just die out in the US. Until last year, the government had not approved the construction of a new plant since the partial reactor meltdown at the Three-Mile Island nuclear facility in 1979. The last plant went online in 1996.

There are currently 20 projects being reviewed by the government but only three seem to be going anywhere. Atlanta-based Southern Company (SO, Fortune 500) is the farthest along and has been promised $8 billion by the government for the construction of a $14 billion plant Georgia.

But it is highly unlikely that any of the other projects will ever get built if the government takes away funding. While nuclear plants are cost effective in the long run, they have significant start-up costs. For example, the $14 billion price tag on the Southern Company's plant is around half of its entire market capitalization. Other companies far into the permitting process, like Dynegy (DYN), have market caps that are a fraction of the costs to get a plant constructed.

Those rallying against nuclear energy are pushing for the government to back other energy alternatives like solar and wind. Both have made great strides in becoming more cost competitive over the years, thanks in part to large government subsidies. While they remain highly uncompetitive to fossil fuels, they have overtaken nuclear on a cost per kilowatt basis.

That's because the cost to build a new next generation nuclear facility in the US has jumped 37% in the past year from an average build cost of $3,902 per kilowatt to $5,339/kW, according to a recent government study. New design specifications and a lack of competition in the nuclear construction industry were blamed from the increase in costs.

Solar power now looks on the surface to be potentially competitive. The cost to build a photovoltaic solar plant is down 25% in the past year from an average build cost of $6,303 per kilowatt to $4,755. The build cost for a solar thermal plant dropped 10% to $4,692 per kilowatt. Wind power remains the cheapest and the most expensive alternative to both nuclear and solar. Onshore wind power costs just $2,438 per kilowatt while offshore wind power costs $5,975/kW. For a comparison, natural gas blows all of them out of the water, costing just $978 per kilowatt.

Obstacles to solar and wind

But comparing alternatives on a cost per kilowatt basis is deceptive. Even with the government's careful controls of geography and markets, the cost factor doesn't seem to take into account the resources needed to generate the power on a scale that could serve the population. For example, it is not possible to install wind or solar plants on a commercial scale everywhere because some areas of the country are just not windy or sunny enough to yield enough power. That compares to a nuclear plant that could theoretically be built almost anywhere.

More importantly, alternatives don't generate enough power to do the job. Nuclear energy is a dense form of energy that requires very little in the form of land and transmission lines to carry it to a population center. Alternative energies are not dense at all and require gobs of space to generate a fraction of the energy generated by a small nuclear facility.

For example, the government assumed a certain output would be generated by a plant in their calculations. For a nuclear plant it was 2.2 million kilowatts, while it was just 150,000 kilowatts for a photovoltaic plant and 100,000 kilowatts for an onshore wind plant. That nuclear power plant is a large jolt of electricity neatly contained to an area of 8 to 10 square miles. Compare that to an onshore wind plant, the cheapest alternative according to the government. Each 2,000 kilowatt wind turbine takes up a quarter of a square mile worth of space, according to the National Renewable Energy Laboratory. So to replace that nuclear power plant with wind would mean dedicating nearly 280 square miles of land to a gigantic wind farm, which would be about the size of New York City.

The energy concentration in nuclear power plants is just one reason why nuclear remains so attractive, despite the high start up costs. The nuclear industry has spent millions of dollars over the years touting its safety record and lobbying for government support, but just one incident by a massive earthquake has wiped most of that effort away. It remains to be seen if the industry spent enough money to ensure that the government keeps its coffers open to them.

Natural gas will stay cheap, even if Japan needs more of it