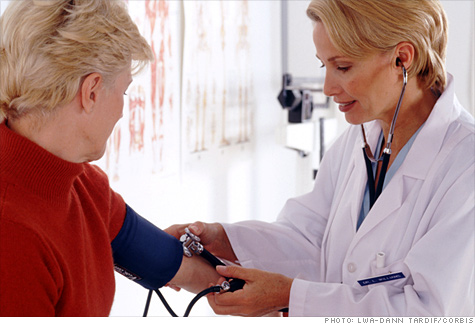 FORTUNE -- When the Patient Protection and Affordable Healthcare Act was signed into law on March 23, 2010, health care investors let out a collective sigh of relief. Not because the law would benefit the sector -- its effects on earnings were seen as varied, but mostly negative -- but because it would finally eliminate the uncertainty that had existed ever since President Obama campaigned on the promise of reform. With that ambiguity gone, many analysts predicted that health care shares would finally stage a comeback.

A year later, that still hasn't happened. The S&P 500 health care index, which tracks the stocks of the country's biggest drug, biotech, insurance, and devices companies, has lagged the overall market by twelve percentage points. Surprisingly, that's an even bigger gap than in 2009, when higher-risk industrial and technology stocks soared back into favor.

"Investors were hopeful that once health care reform was signed into law, there would be some relief," says John Sullivan, the director of research at Leerink Swann. "How it actually worked out was that, once investors looked past health care reform, they saw some fundamental headwinds." The law, Sullivan adds, is still a net negative for the industry -- but it's a negative that is well understood by the market.

Indeed, investors are well aware of the downsides of reform. The pharmaceutical industry, which moved swiftly to negotiate a role in the process, agreed to contribute some $90 billion over the next decade to help fund the bill. Medical device makers will also pay fees. Last April, the biotech sector began reporting the impact of new rules on pricing and rebates.

There were also some benefits. Biotechs, for example, won big when the law decreed that their drugs would be protected from generic competition for 12 years. Some 32 million Americans are expected to gain insurance coverage, generating a new customer base for pharmaceutical companies and device makers.

But when the dust finally settled on the new rules, the other, more significant uncertainties plaguing health care companies became clear. The pharmaceutical sector, down 3% over the last year, faces a tidal wave of patent expirations on their bestselling drugs in 2012 and 2013, which will cost them tens of billions of dollars in lost sales. Though investors have known about the patent cliff for years, it's still unclear when -- or if -- drug makers will resume growth.

Next to that, the threat of health care reform seems almost mild. "This is not something that is short term -- it's a once in a generation effect," says Richard Purkiss, an analyst at Atlantic Equities, of the patent cliff. "There's a lack of confidence amongst investors that you'll get a re-emergence of growth."

Purkiss expects Big Pharma to start growing again in 2013, once the patents have begun to expire. When that happens, he says, drugmakers will take cuts to earnings, but the absence of mature, slow-growing drugs will expose the faster underlying growth rates of their remaining portfolios. He especially likes shares of Pfizer (PFE, Fortune 500) and Merck (MRK, Fortune 500), both of which made big acquisitions to compensate for their coming losses. "In my mind, it's a huge opportunity that investors are missing," he says.

Large biotech companies have also struggled over the last year, underperforming the S&P 500 by 19 percentage points since last March. For these drugmakers, Purkiss notes, the problems are not sector-wide, but company specific. Amgen (AMGN, Fortune 500), for example, faces declining sales of its blockbuster anemia drug, Epogen. Gilead (GILD, Fortune 500) has had problems churning out new drugs outside of its trademark HIV franchise.

Smaller biotechs, more likely to be acquisition targets, have fared better. "Investors have been slow to buy shares of the biggest biotechs because they'd rather buy small and medium companies," says Sullivan. That has proven true across the industry: While the large-cap health care index has been flat over the last year, small and mid-cap companies both returned about 22%, doing only slightly worse than the broader indices.

One group of health care stocks that did receive a big boost after the passage of reform was the insurance sector, which has shot up 15% over the last year. For insurers, the public option was the worst case scenario; once that danger expired, their stocks soared out of relief, says Tom Forester, whose Forester Value Fund owns shares of UnitedHealth Group (UNH, Fortune 500), which is up 26%, and Humana (HUM, Fortune 500), up 30%.

The sector didn't escape unscathed, however. Insurers must raise their medical loss ratios or the proportion of premiums that they spend on customers. But the addition of millions of new customers, coupled with the return of clarity, was enough to send shares soaring, says Forester. "We were just looking for anything to get passed so that people could get back to business," he says. "People have a feel for how things are going to look going forward."