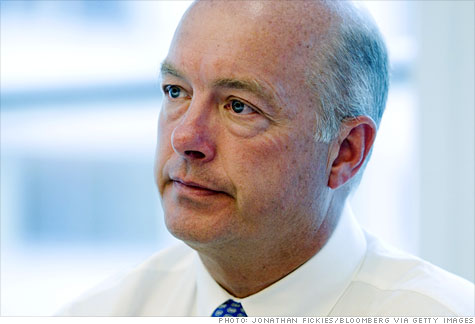 FORTUNE -- After Warren Buffett announced David Sokol's resignation on March 30, the Wall Street rumor mill got cranking at full speed. Some wags proposed that Sokol, the Berkshire Hathaway executive who bought some $10 million worth of Lubrizol shares in the months leading up to his company's acquisition of the chemicals giant (and made a $3 million profit in the process), might have committed insider trading or front-running.

Others say his Lubrizol (LZ, Fortune 500) share purchases were not illegal, but certainly displayed poor judgment by the man most often mentioned in the press as Buffett's heir apparent. Whether Sokol broke the law or merely bent it will be up to federal investigators to determine, and that's if the SEC or an industry regulator moves to investigate. 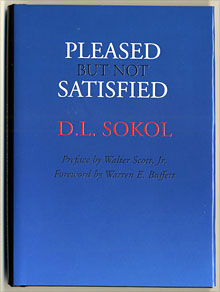 The more interesting question -- and one of perhaps Shakespearean proportions -- is what kind of guy writes a self-published book called Pleased But Not Satisfied that names integrity as one of his six business commandments, but then displays what is inarguably bad judgment and ends up embroiled in a scandal?

On page 30 of his book, which he hands out to his employees, he writes: "If you are uncertain about an issue it's useful to ask yourself, 'Would I be absolutely comfortable for my action to be disclosed on the front page of my hometown newspaper in an article written by a knowledgeable and thorough reporter, and read by my family, friends and co-workers?'" Or blared, for that matter, in The New York Times or Wall Street Journal?

David Sokol will not talk on this point, but I did have the opportunity last summer to spend a lot of time with him while reporting the Fortune story: "Buffett's Mr. Fix-It." I found Sokol to be a brilliant executive, a company builder who gets results. With longtime Buffett friend Walter Scott, Sokol had bought a small $28-million-a-year geothermal business in 1991 and through acquisitions and internal growth built it into MidAmerican, the utility powerhouse that last year brought $11.4 billion of Berkshire's revenue.

You don't get those kinds of results by being a milquetoast, and Sokol -- as driven an executive as I've met -- rubbed a lot of people the wrong way. During his turnaround of Berkshire's NetJets fractional-share business, one executive shown the door commented: "Once you challenged him in a meeting, he'd give you a look to kill, and you'd fall very fast out of his favor."

Throughout my reporting, I always found Sokol to be civil and patient to explain things, but when the subject of integrity came up, he suddenly seemed to switch gears. When I asked him last year about a $32 million ruling that declared his company MidAmerican had "willfully and intentionally" miscalculated future profits to force out minority stockholders in a hydropower project in the Philippines in the 1990s, he seemed upset and rapidly fired off numerous reasons why the ruling was invalid, and how he'd appeal. But what saddened him most, he said, was the lack of integrity displayed by his business partners in the Philippines, whom he felt had been almost family to him.

So what to make of the Lubrizol stock controversy? I think it unlikely that Sokol believed he was doing anything wrong. He is too smart not to understand insider trading and front-running and their implications. He is a vastly wealthy man who does not need the $3 million in profits he made on the Lubrizol deal. He sees himself as a man of integrity -- and the Buffett culture reinforced such beliefs. Buffett has written in a memo to his executives: "We can afford to lose money --even a lot of money. But we can't afford to lose reputation -- even a shred of reputation."

It may have been inconceivable to Sokol that he could do anything that was unethical. Perhaps, therefore, he was blind to the fallout that would ensue from buying $10 million of a stock for his personal account and then recommending to Buffett that Berkshire buy the company. During his appearance on CNBC earlier today, Sokol seemed both surprised and piqued by the whole affair, saying that he had done nothing wrong but if he had it to do over again, he'd buy the stock and not tell Buffett about it as a prospective acquisition.

And he'd be so much better off if he had, because this story is not going away. Too many unanswered questions have been left hanging. Mitch Berns, a partner and securities fraud specialist at the White Plains law firm of Lane, Sash & Larrabee thinks attention will be focused on the December 13th meeting between Sokol and Lubrizol's banker Citigroup (C, Fortune 500), in which Sokol asked one of the Citi bankers to try to arrange a meeting with Lubrizol CEO James Hambrick to discuss a possible deal between the two companies.

Shortly after that meeting, Sokol made his first buys of Lubrizol shares. Says Berns: "Did Sokol receive positive feedback in the meeting that Lubrizol might be interested in being acquired? Had Sokol already engaged Berkshire's staff to seriously look at the deal, or was a Berkshire acquisition just a vague notion of his? Until we know the answers to these types of questions, we won't know whether Sokol engaged in any kind of illegal activity."

In the meantime, Sokol is heading off to start what he calls his own "mini-Berkshire" -- far, he must hope, from the glaring lights of the press.

Finding the value in being wrong