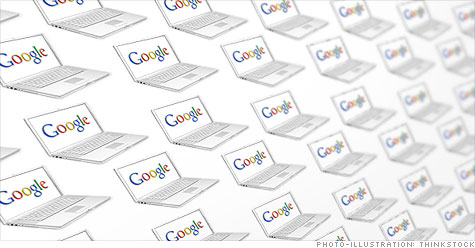 NEW YORK (CNNMoney) -- Microsoft has a surprising ally in its argument that Google is an abusive monopolist: Samuel Miller, the prosecutor who led the federal government's first antitrust case against Microsoft more than a decade ago.

Miller served as the lead counsel in the inaugural United States v. Microsoft case, which the Department of Justice brought in the early '90s. It was the first in a series of landmark legal skirmishes that finally ended in 2001 with a consent decree constraining Microsoft's business practices.

In that case and in a similar trial in the European Union, Microsoft was found to have violated antitrust laws.

In a juicy, ironic twist of fate, Microsoft (MSFT, Fortune 500) now finds itself on the opposite side of the battle. It claims that rival Google (GOOG, Fortune 500) is unfairly using its position as a monopoly in the search market to impede the software giant's ability to compete. Microsoft filed a formal complaint with the European Commission on Thursday.

Miller believes all of Microsoft's arguments are "valid and worthy of serious consideration."

Other antitrust attorneys, professors and experts had differing views.

Microsoft says that Google has put in place technical measures that restrict Microsoft's Bing search engine, as well as other search rivals, from "properly accessing" YouTube for their search results. It claims Google uses that otherwise restricted data to index YouTube videos in its own search results.

As a result, Google's search results for YouTube videos are better than its competitors', Microsoft says.

"The most egregious claim is that Google has access to interconnectivity with YouTube and manipulates that vertically integrated property to its own advantage," said Michael Hausfeld, founder of antitrust firm Hausfeld LLP and former lead counsel in the United States' antitrust case against Intel (INTC, Fortune 500). "Microsoft, as a competitor, requires equal access."

In response, Google didn't confirm or deny Microsoft's claim. But the company notes that the results of a YouTube video search on Bing look, to a layman, much the same as Google's search results. But experts struck that down as a non-legal argument.

"What Microsoft is saying is Google is putting in place technical roadblocks to YouTube," Miller said. "If Google didn't have a dominant position, it wouldn't be an issue."

Hoarding AdWords data: Another of Microsoft's claims is that Google is breaking antitrust rules because its ad platform data lacks interoperability with Microsoft's.

That charge drew a much more skeptical response from experts.

Both companies compete in the online advertising market, and Microsoft says that Google prevents advertisers from easily porting their ad campaign data to competing platforms, such as Microsoft's adCenter.

It's not a simple process, but it's hardly an impossible one. Microsoft even explains on its own website how data from Google's AdWords can be exported from Google and imported to adCenter.

"Microsoft's claim is belied by a number of third party platforms that support multiple ad platforms," Andrew Frank, an analyst at Gartner, pointed out.

Frank also noted that Microsoft's argument that "this data belongs to the advertisers" is dubious, since advertisers enter into standard legal agreements signing that data over to Google.

From a legal standpoint, one expert said this is Microsoft's least convincing argument.

"If Microsoft is complaining that the information received from Google doesn't work as well with Microsoft's systems as with Google's, that should be Microsoft's responsibility to improve its own product," Hausfeld said.

But in this case, Microsoft may have a point, Miller thinks: The European Commission, which interprets "exclusionary acts" much more loosely than the United States, ruled in Microsoft's antitrust case that Microsoft had to add interoperability to its software to enhance competition.

Exclusivity: Microsoft claims that Google undermines its competition by entering into exclusive agreements with websites to power the search boxes on their sites. The company has locked up so much real estate on European's leading websites that rivals can't get a foot in the door, it says.

That argument seems suspicious on the surface, since Microsoft engages in the same behavior. For example, Microsoft has a high-profile search exclusivity agreement with Facebook.

Hausfeld thinks that the European Commission might simply encourage both companies to end their exclusivity agreements, without ruling one way or the other.

But Miller disagreed. He sees a clear difference between Google's exclusivity deals and Microsoft's: Google's are coming from a firm that already has a 90% market share in Europe.

"Google is creating a web of contractual arrangements -- carrots and sticks -- that make it hard for Google's customers to deal with rivals like Microsoft Bing," he said.

The shoe, as the say, is now officially on the other foot