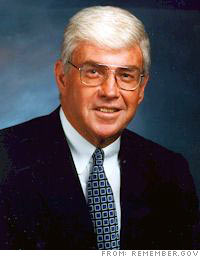 When Kemp, an original "supply-sider" endorsed McCain in January, it was a signal to conservatives that McCain could be trusted to cut taxes.

Previously, McCain had twice voted against Bush's tax cuts, in 2001 and 2003, angering many in his own party. But that was then. Now McCain wants to make the Bush tax cuts permanent; he would repeal the alternative minimum tax; slash the corporate tax; increase the tax exemption for kids; and, at least temporarily, allow businesses to write off the full cost of capital investments in one year.